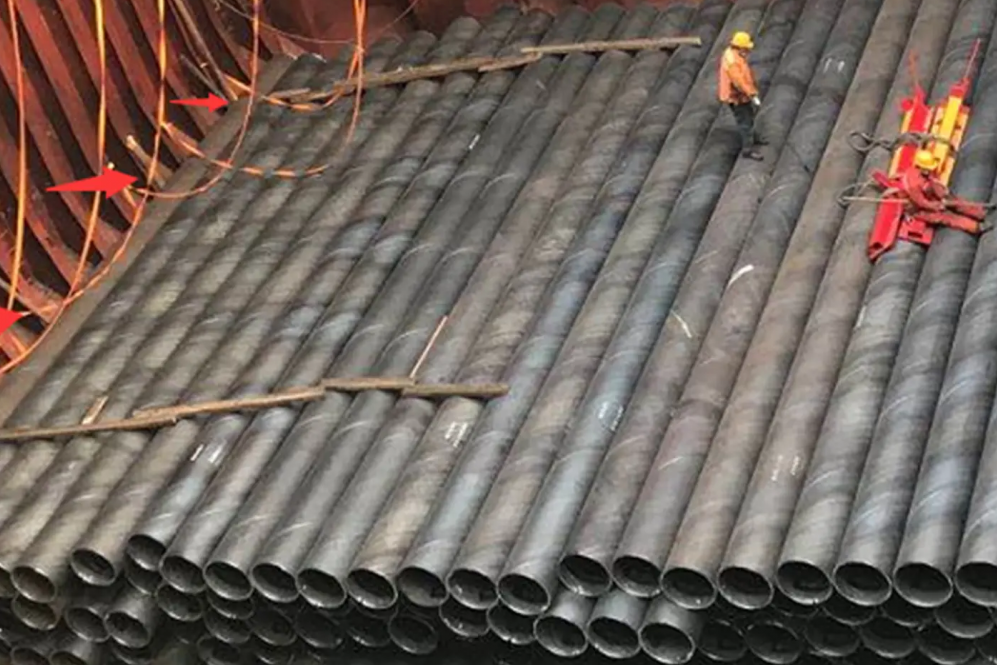 In ESC Steel‘s latest update, they talk us through the various ways in which steel can be used in marine construction, from bridges and docks to offshore.

Steel pipes are basically used in marine construction due to constructability reasons. Aside from its capability to be driven with ease to create deep foundations, it is also durable and has high inertia that counters high pressure and heavy loads from different directions. Other than pipe piles, steel pipes such as structural components are fabricated off-site making them easier to install to form modules or sea-borne structures. Other steel pipes are also common and best suited in oilfields and shipbuilding.

However, exposure to a highly corrosive environment has long been a challenge in using steel pipes in marine applications. To minimise the impact of corrosion, marine-grade steel pipes are preferred such as stainless steel, duplex steel coated carbon pipes, and hot-galvanadium-galvanized steel pipes. The specific type of steel pipe to be used is of course determined by the needs of the project or what is specified in the project design documents. Steel pipes are mostly used to construct foundations for bridges and other marine structures. Other specific usages are described as below.

Steel pipes have higher load-bearing capacity and toughness compared to most construction materials. This makes it very suitable for the construction of bridges especially those with longer spans. In most cases, steel pipes are used to construct foundations. Steel pipes can be driven piles that serve as the foundation itself or as encasement or caisson that facilitates pouring of concrete especially underwater. As a hollow section with strong walls, it is easy to drive steel pipes into layers of weak soil or into rock formations to achieve the desired integrity of foundation works.

Just like in bridges, steel pipes can be driven deep into the ground in order to provide adequate support for docks, as a part of the foundation, or to aid concrete pouring. Mostly steel pipe pilings with anti-corrosive coating are used for building docks. This is because they don’t just provide considerable load-bearing capacity, but they also offer corrosion resistance enabling the dock to maintain its structural integrity and serve its designed life span.

A combi-wall is a combination of large-diameter steel pipes and sheet piles. It mostly serves as a retaining wall. Unlike secant or sheet pile walls, combi-walls provide more strength and durability, especially against heavy lateral pressure. The steel pipes make up most of the wall’s structure. The pipes provide resistance to overturning forces whereas the sheet piles serve as in-fill between the pipes. Some of the construction projects where combi-walls are employed include port expansion, quay wall and jetty construction, pier construction, lake filling, and other retaining wall structure construction.

Trestle mostly serves as a support structure during bridge construction. It is often a temporary structure. Where a trestle is intended to serve as a foundation, steel pipes are driven into the soil or seabed to create a strong foundation. To stay in place, the pipes are normally strengthened by reinforced concrete.

The so-called dolphin is a cluster of pipe piles driven through the seabed forming a tripod and extending above water surface that works as an independent mooring point or as a structure aligned with jetties to provide wider berthing surface. They are also used as structures to hold navigation aids and beacon lights. Coated carbon steel pipes are commonly utilized as dolphin piles due to corrosion-resistance requirements.

Steel pipes are widely used in offshore structures such as helipads, storage and offloading system platforms, oil rig & accommodation platforms, windmills, and others. From driven piles to the smallest structural members, corrosion-resistant steel pipes are favourably useful in these applications because of their dynamic characteristics that has a positive response to harsh environmental activities such as strong winds, tidal waves, and strong currents.

There are two types of pipes used in offshore structures: metal and non-metal. Among the metal pipes are copper-nickel alloy, stainless, hot-galvanadium-galvanized, & carbon steel pipes. Non-metal pipes are FRP and plastic composites.

Listed below are some information about different types of steel pipes:

Choosing the right pipe material for marine application is crucial. Corrosion due to seawater exposure is a major concern that has to be taken care during material shortlisting. It is important to weigh the advantages and disadvantages of different types of steel pipes in terms of performance and economic feasibility.