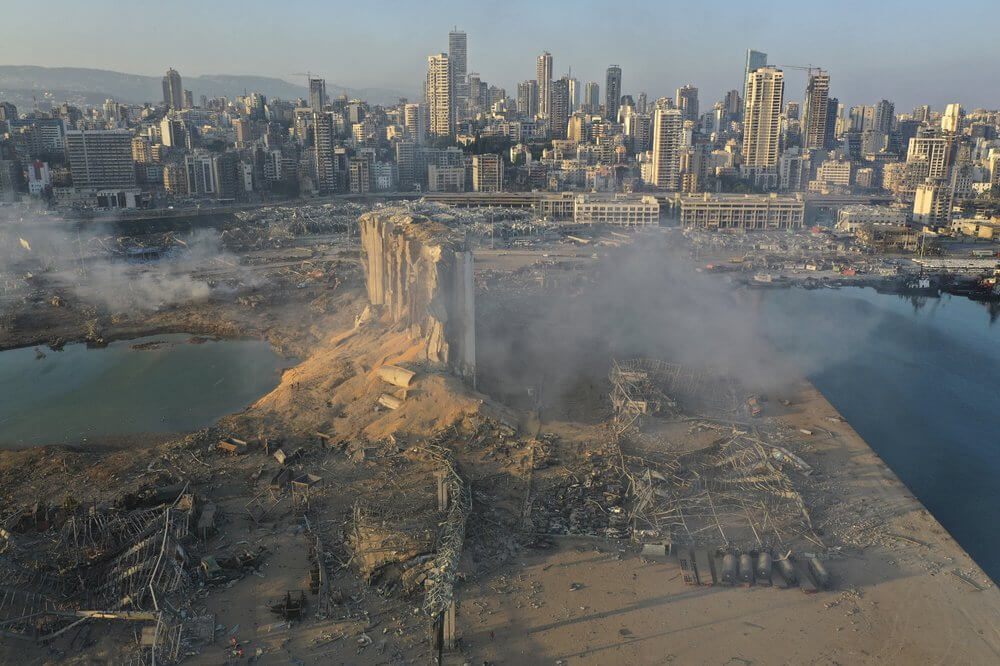 Tuesday’s blast at Beirut port warehouses storing highly explosive material was the most powerful in years in Lebanon, already suffering from an economic crisis and a surge in coronavirus infections.

Lebanon’s president Michel Aoun said that 2,750 tonnes of ammonium nitrate, used in fertilisers and bombs, had been stored for six years at the port without safety measures, and he said that was “unacceptable”.

Prime minister Hassan Diab promised there would be accountability for the blast at the “dangerous warehouse”, adding “those responsible will pay the price”.

Officials have not say what caused the blaze that set off the blast. Local media claim it was started by welding work being carried out on a hole in the warehouse.

It’s reported there are 100 dead, thousands injured and many missing.