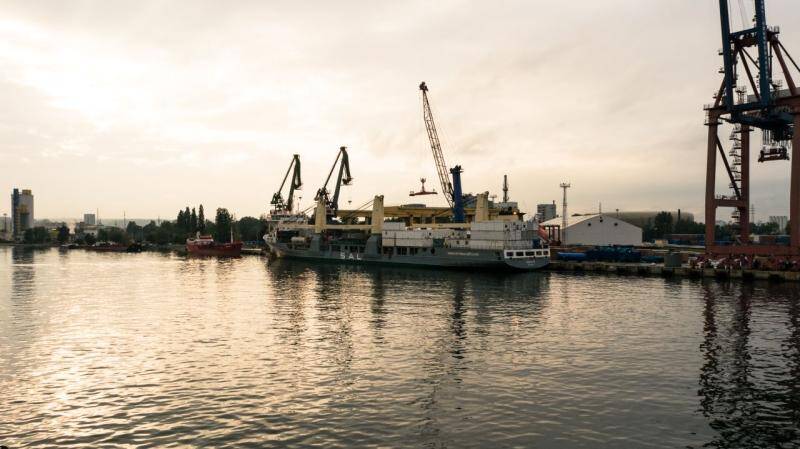 From the Port of Gdansk to the coast of Tanzania, CEVA Logistics transported drilling rig parts weighing 2,000 tonnes.

According to Marine Poland, CEVA Logistics loaded the breakbulk cargo at the Port of Gdansk from the Szczecinskie Quay. 154 elements of the drilling rig structure were prepared for sea transport, with a total weight of over 2,000 tonnes. The loading started on Monday, September 13, and lasted four days.

The cargo is being shipped on the SAL Heavy Lift vessel “Annette” to the anchorage near Songo Songo Island off the coast of Tanzania.

Mariusz Rutowicz, Director of Project Logistics CEVA in Eastern Europe, “Our task is to transport the drilling rig to the coast of Tanzania to the Songo Songo Island. We collected over 2 million kilogrammes, about 9,000 cubic metres, 154 items at the Port of Gdansk. This cargo will go to the ship “Annette”, which will set off on a sea journey to Africa.”

Why the Port of Gdansk?
“This is the largest transshipment port in the Baltic Sea, so this choice was natural. It has an excellent infrastructure adapted to the handling of heavy and non-standard loads,” – says Mariusz Rutowicz.

Renewables: What do you think of …by Editor6 months ago

Should cargo owners/shippers/rece …by Guest2 months ago, 6 Replies

Intermarine Fully Loaded in the Americas