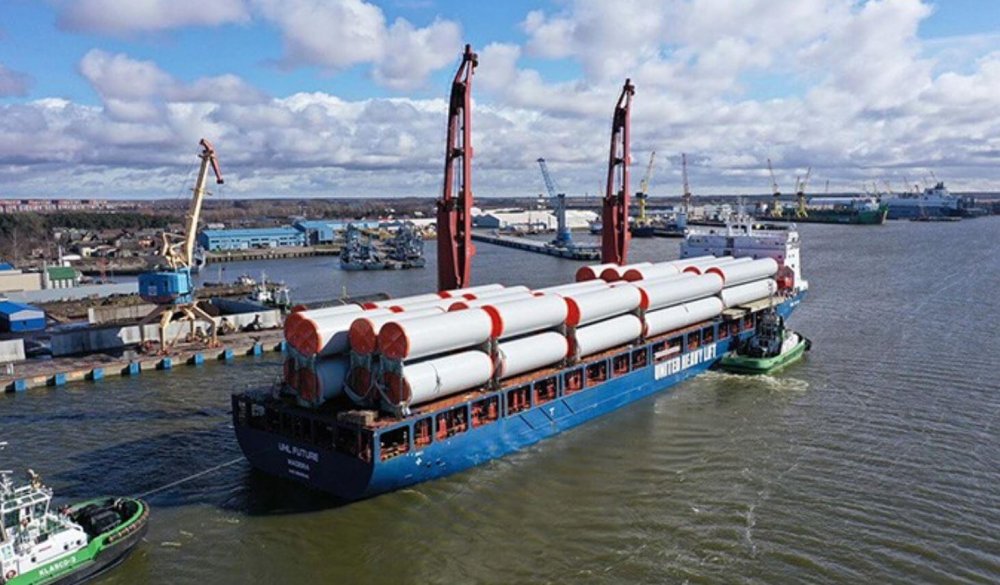 CF&S is supporting renewable energy solutions in the Baltic States through the provision of logistics services.

CF&S has been chosen to organise the reloading of onshore wind turbine towers in the port of discharge and carry out their further transportation to the Baltics largest wind park built in the Telšiai region, Lithuania.

The first shipment of turbine tower segments weighing 6,900 tonnes arrived last week onboard UHL Future at the roro terminal of Klaipeda Container Terminal (KlaipÄ—dos KonteineriÅ³ Terminalas). The remaining units will be delivered in the coming months.

A total of 91 items will be transported for the installation of 13 the largest in their class onshore wind turbines. After the segments are assembled, the full turbine height will be 220 m with the rotor’s diameter of 158 m.

This new generation wind farm will produce up to 235 GWh of green energy per year and will cover the electricity consumption of about 78 300 households in Lithuania. The project could play a significant role in helping the country achieve its target to generate 45% of its energy from renewable sources by 2030. It is worth noting that the power generated from the wind farm will also be supplied to Eesti Energia, an Estonian state-owned utility company.