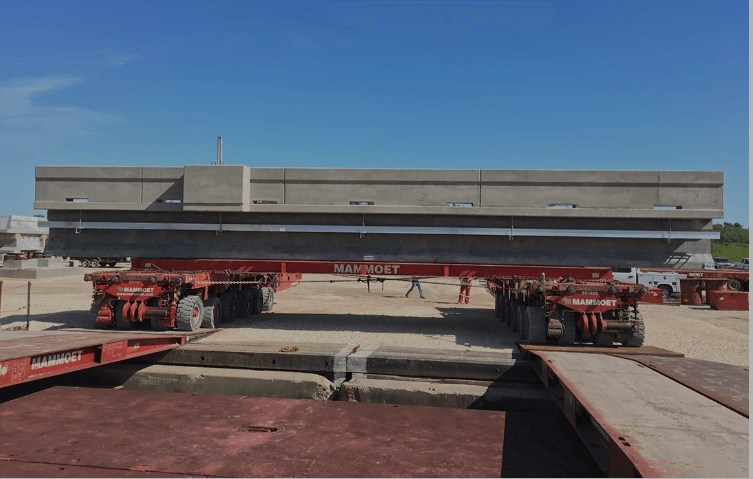 The shoulders are located between the crossovers, giving motorists and first responders a safe place to pull over when there are breakdowns or accidents. This endeavor is considered the most significant improvement to the almost 24-mile-long bridge since the second span was completed in 1969.

Because the space between the bridge columns was too narrow for the barge itself, Mammoet’s team devised a plan using the trailers as a cantilever, driving them 15-20 feet off the end of the barge to reach the location where they could be properly secured. Counterweight was placed on the opposite side of the trailers to balance the load. This method allowed for the installation of an average of four spans measuring 56 feet (approximately 17 meters) long per day, instead of the planned three spans per day.

By utilizing the trailers on a barge, there was no need to shut down the causeway during execution. Traffic was able to move as usual with no disruption, proving this method to be a more efficient solution than placing the spans using a crane set in the lanes above.

The crew is currently executing placement of an additional 72 spans on the northbound lanes, with an expected completion in early 2020.   Mammoet was first approached for this project because of previous work experience with Boh Bros.Construction Co., L.L.C. on the Twin Span Bridges over Lake Ponchartrain after Hurricane Katrina in 2005. After the devastating storm, 74 bridge spans were completely lost, and 380 bridge spans had shifted. The initial plan was to reconstruct four spans per day, but Mammoet’s team was able to complete between 16 and 19 spans per day, helping to get the bridge back up and running in a fraction of the original scheduled time. 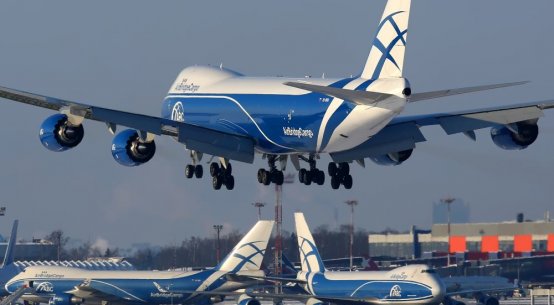 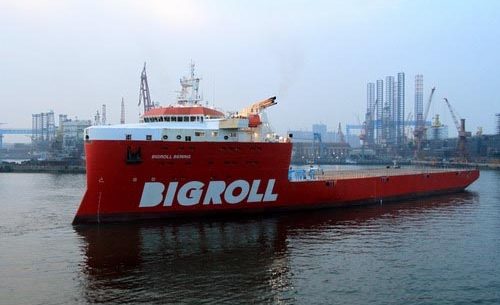