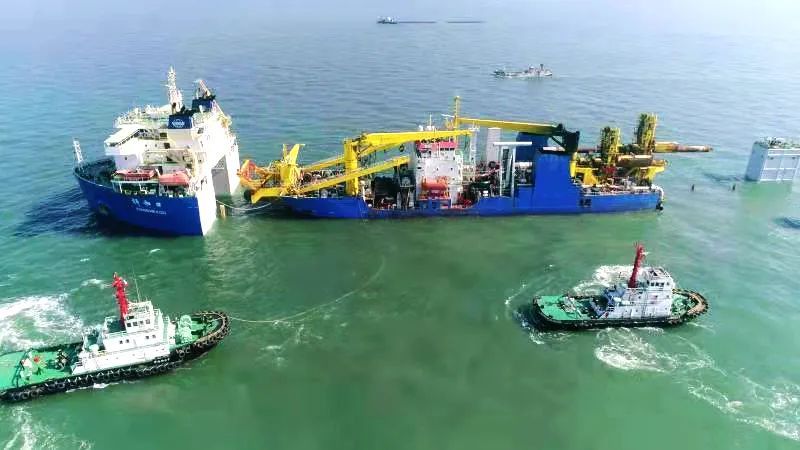 Xiang An Kou is tailored for JGC’s Canada LNG project with the LOA of 216.67m, breadth of 43m, depth of 13m, draft of 9.6m, maximum submerged draft of 26m and a maximum speed of 14.5Kn. The ship is equipped with a ship intelligence system, which can collect data and provide decision-making reference for navigation operations according to sea conditions and ship conditions. It is the first special semi-submersible vessel built in China to be equipped with a ship intelligence system.

Four 50,000-ton semi-submersible vessels will be deployed to undertake the transport of super-large and overweight modules in JGC’s Canada LNG project. They are responsible for the transport of 192 units to Canada, and the largest of which is about 70m long, 45m wide, 60m high and weighs 10,000 tonnes.