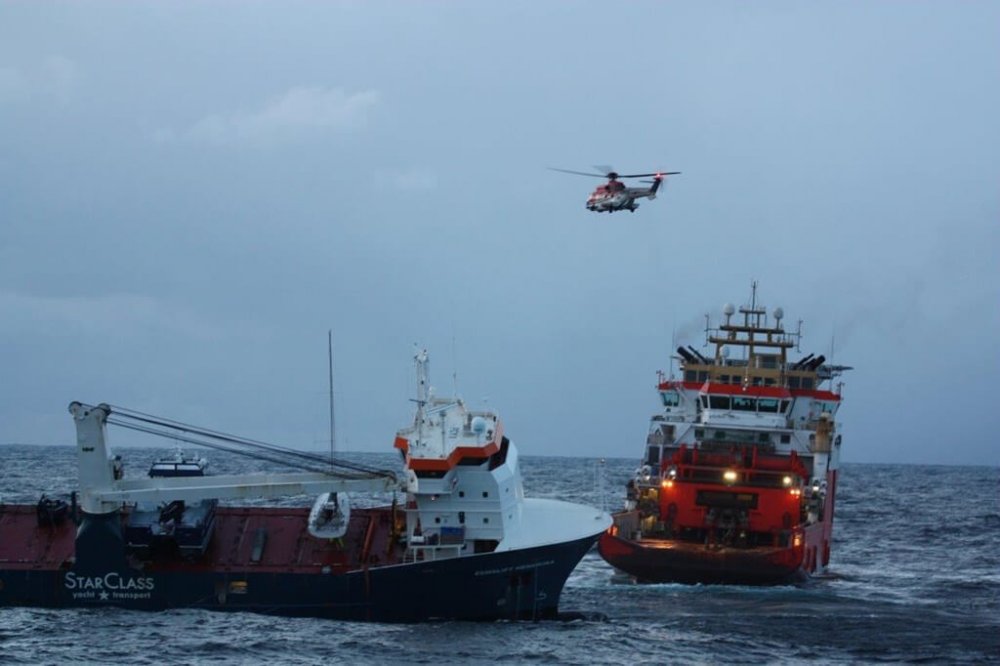 Last night, Wednesday 07 April, the Norwegian Coastal Administration mobilised and salvage crews managed to get on board the drifting vessel Eemslift Hendrika and connect it to the two tugboats. The vessel was then towed to the harbour in Ålesund.

According to NCA, “Conditions changed during the afternoon and evening, and we were worried that the vessel would not follow the expected course on which the original plan was based. We, therefore, launched a governmental run operation, so we could have the opportunity to tow the vessel. At the same time, we prepared for a worst-case scenario of a grounding” says Director for preparedness against acute pollution, Hans-Petter Mortensholm.

Crew from the Dutch salvage company Smit Salvage, plus a rescuer from the helicopter boarded the vessel and managed to connect the vessel to two tugboats – both at the bow and stern of the ship.

The workboat that had fallen from the deck of the Eemslift Hendrika is reported to have also been recovered.