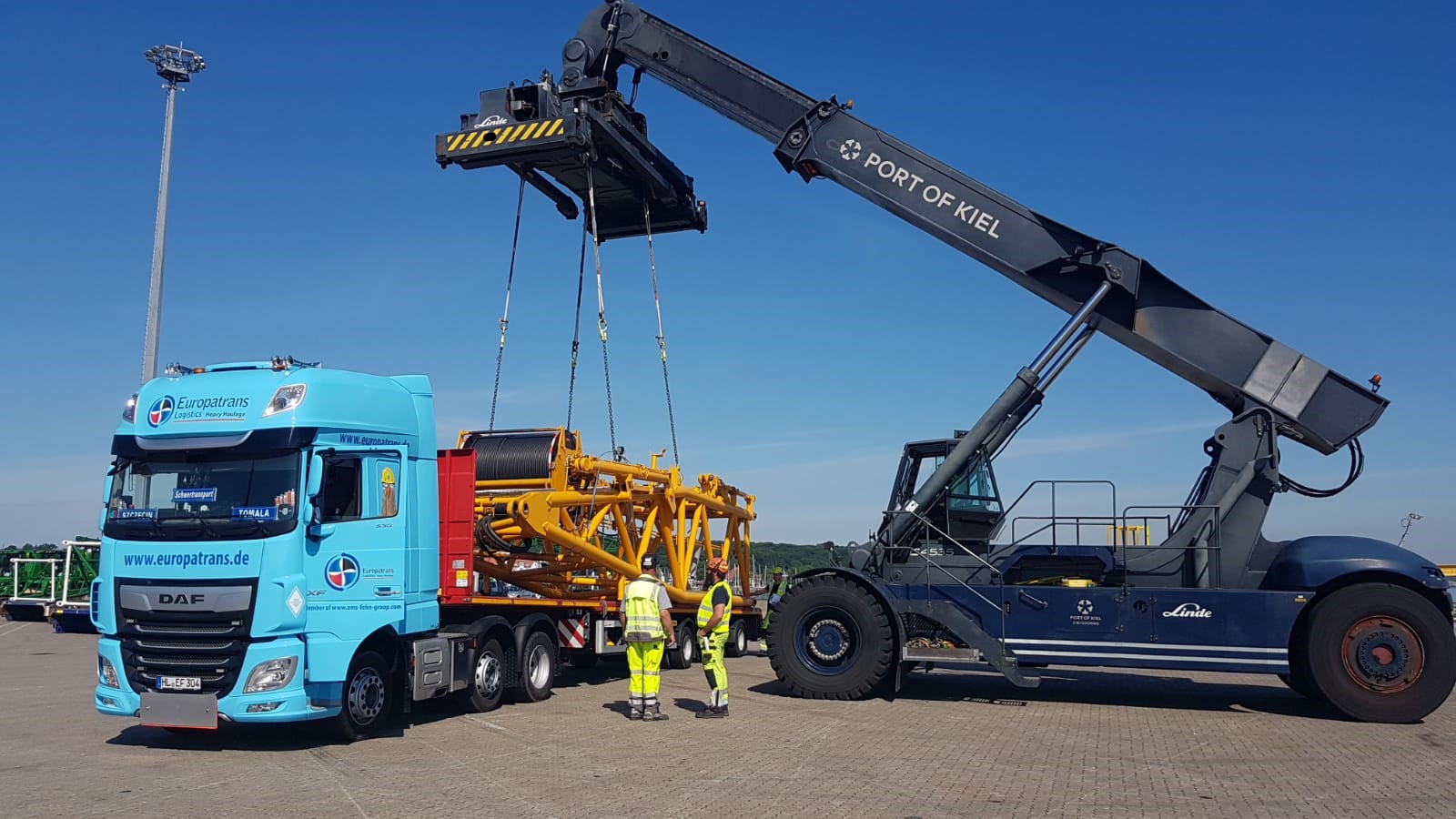 EFG Scandinavia, a company belonging to the EMS Fehn Group is currently transporting a 1150 mt Crawler crane (type CC3800) from Germany to Sweden to build the Björkvattnet Vindkraftpark wind farm.

The transport comprises more than 50 standard, large and heavy loads, with around 1150 tonnes being moved over hundreds of kilometres.

Individual parts have been disassembled and, over the past few days the have been brought segment by segment via heavy-duty truck to Kieler Ostuferhafen by SCA Logistics. The crane will occupy a total of 53 vehicles, articulated lorries and low loaders.

From there they will be transported further north via ship. After arriving in Sundsvall, the disassembled giant again transits via road to the wind farm construction site.

The lattice boom mobile crane intended for the Björkvattnet Vindkraftpark wind farm has a load capacity of 650 tonnes with a radius of twelve metres and a load torque of maximum 9152 tonnes.

The crane will be used to erect wind turbines in Björkvattnet Vindkraftpark, which comprises a total of 33 wind turbines.

Moving the crane from Germany to Sweden will take EMS a total of just over two weeks to complete.