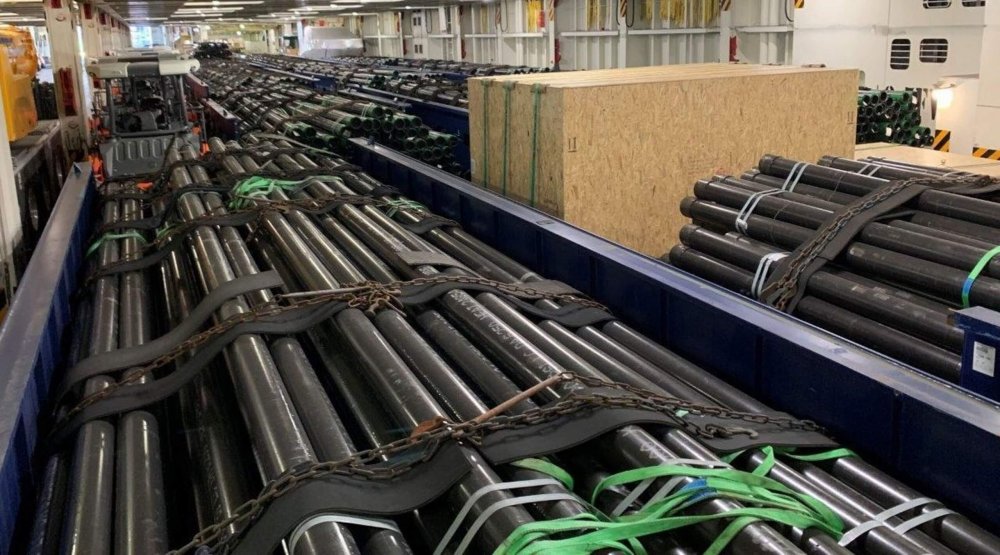 The ‘Cassette’ is an equipment specially designed in-house at EUKOR back in 2017 for handling relatively taller rail cars which were impossible to be handled with regular Roll-trailers. Thanks to the height of Cassette being lower than Roll-trailers by 40-50 centimeters, there was enough height clearance even if they loaded taller rail cars.

EUKOR initially developed this equipment with an aim to win more of relatively taller rail car businesses. “But we could not award as much of taller rail car contracts as we had expected. Also, complicated ways of operation made it more difficult for us to utilize the equipment more often. Due to those reasons, we even considered scrapping the equipment last year. ​​​​​​​”

There was a cargo operation at the port of Bremerhaven, Germany that utilized the cassette in March. Mr. Folke Neby and WW Ocean Port & Cargo Operations team in Germany came up with a very creative idea of utilizing this equipment for delivering 568 bundles of pipes, not rail cars.

“We could have done it the way we usually do, using stanchion on corners of roll-trailers and stack the pipes. But we thought utilizing this Cassette could load more and a bit safer to deliver huge number of pipes, reducing risk of cargo damages.”

He added “For tubes and round bars, these devices are good. What is lacking is a pick-up point on the upper side. With such, they would be more flexible to handle and could possibly be used as double-decker.“

What’s most prominent about this project is that instead of stacking pipes loose on Roll-trailers which may have required more time for proper lashing and extra care – such as requiring dunnage between the layers of pipes thick enough to allow forks to pass through, they stuffed the cassette on a Roll-trailer with full load of steel pipes in bundles.

What is more, it could be safer, and load more compared to the conventional way of stuffing the cargo on to Roll-trailers. Also, as utilizing the Cassette reduces time for cargo operations, it could be regarded as a more efficient way of shipping cargo from shippers’ perspective, taking the circumstances where time and money spent for loading and discharging normally is charged to shipper.

At the beginning of July, EUKOR‘s Cargo operation team in Europe successfully managed to load 50 bundles containing 1,635 steel pipes using the Cassette from Antwerp on Morning Lena, currently making its way to Masan, Korea with estimated time of arrival on August 12. 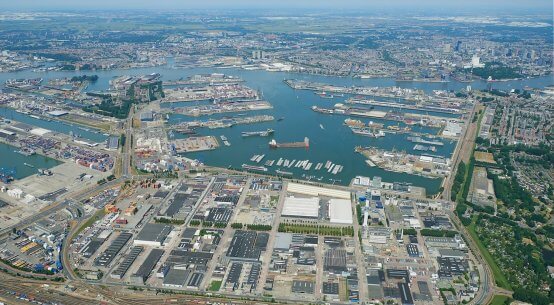 Breakbulk growth in Port of Rotterdam 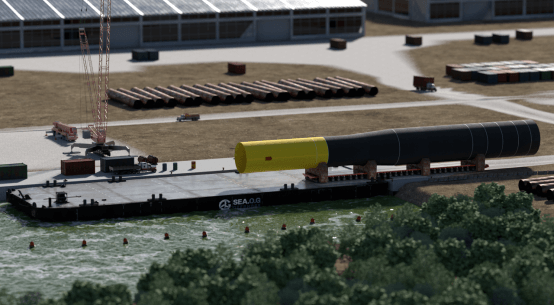 What is the Foundation for Success in US Offshore Wind? 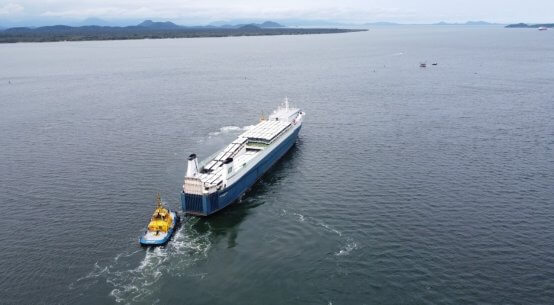 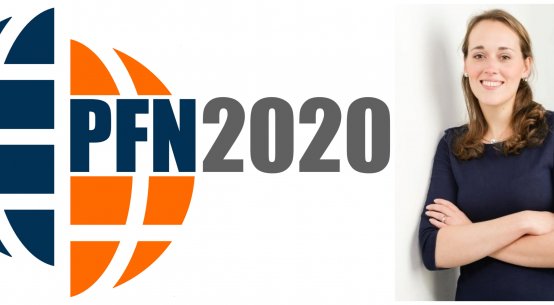