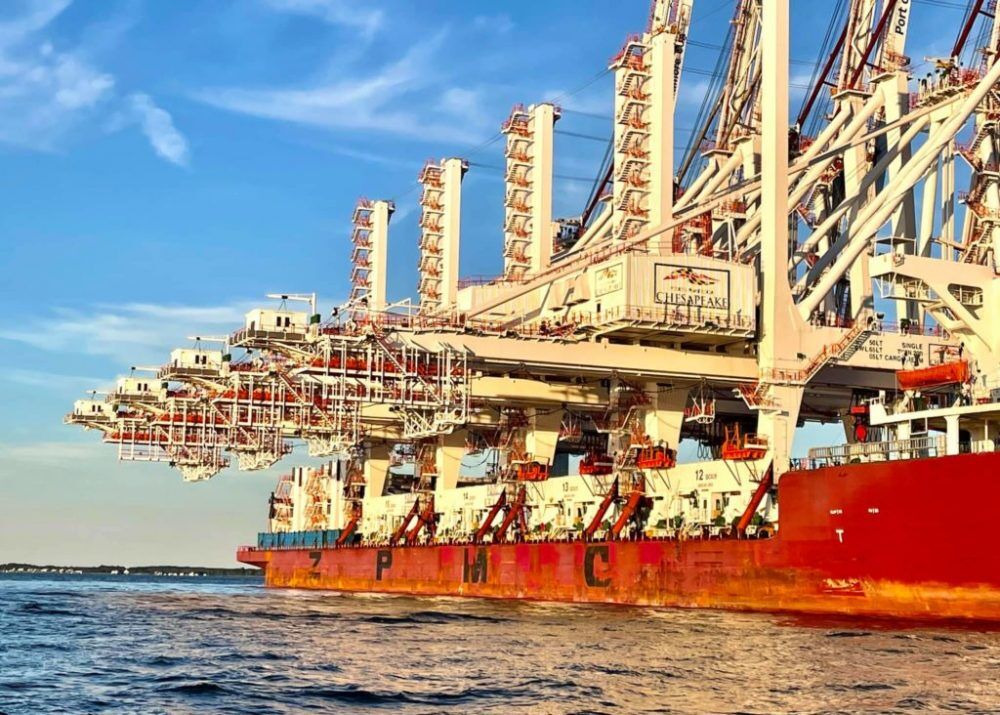 According to reports in The Washington Post and World Cargo News, FBI agents conducted a search of the Zhen Hua 24 in Chesapeake Bay off the Port of Baltimore last week.

The Neo-Panamax cranes are destined for the port’s Seagirt Marine Terminal, where they will help expand operations at the port to handle two supersized ships at once.

According to the Washington Times, “The agents were said by informed sources to have uncovered intelligence-gathering equipment on the ship during the search on Sept. 15.”

No details of the type of equipment were available, and the state agencies involved declined to comment.

The vessel is now underway from Baltimore to Shanghai, China.

Renewables: What do you think of …by Editor6 months ago

Should cargo owners/shippers/rece …by Guest2 months ago, 6 Replies

Intermarine Fully Loaded in the Americas