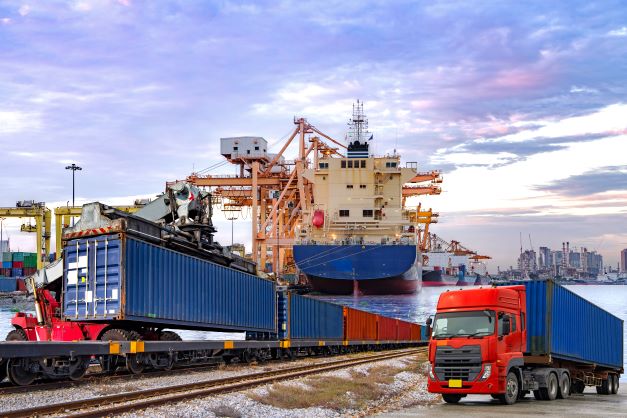 USA-based manufacturer Advanced Polymer Coatings (APC) is reporting a significant increase in US rail customers over the last year.

Jake Valadez, Global Industrial Manager at Avon, Ohio-based APC, told Breakbulk.news that a combination of factors are driving growth for its ChemLINE industrial tank coating product as the US rail industry wrestles with global supply chain disruption. APC’s ChemLINE is used extensively across the industry, including in the rail sector, to coat the interior of the tank cars. ChemLINE provides protection to more than 5000 chemicals including aggressive substances such as sodium bisulfite, sulfuric acid, and choline chloride.

“The high price of steel means train operators are less keen to invest in building new tank cars, so they are repairing and extending the life of existing stock,” he said. “Operators are looking for robust, high-performing tank coatings like ChemLINE, which not only lasts up to two times longer than competing linings but also enables greater cargo versatility. ChemLINE is proving more popular as it can protect the same tank car from various chemicals. This means our clients can transport more chemicals, more often maximizing revenue for each car.”

Jake said demand is further spiking as greater pressure is exerted on the American transport sector to switch cargo from road to rail to reduce greenhouse gas emissions.

“For APC we’re in a strong position where we can move fast to meet demand, encouraging operators to come to us even though we are still relatively new to the rail market,” he said. “The key factor is that companies do not want rail cars lying idle out of service, which is very expensive and the tank cars need to be in use given the acute shortage of rolling stock.”

Mr Valadez pointed to bottlenecks in the transport system, pushing freight to roads due to a lack of rail availability. He said U.S. intermodal transport, in which railroads carry containers and truck trailers, were down nearly 12 percent in the first six weeks of 2022 from a year ago, according to the Association of American Railroads

The Wall Street Journal (WSJ) has reported that trucking and rail industry officials say the demand to move freight 500 miles or more often done by rail remains strong as companies restock depleted inventories. But the WSJ says that shippers are choosing highways over railroads because of shortages of labour, equipment, and warehouse space across supply chains.

Mr Valadez said he expects demand for ChemLINE to remain at record levels in rail given the pressure the sector is under to increase capacity.  He said APC is planning to grow in the rail market in the same way it is growing in the marine sector, where exports of its MarineLINE tank coating product account for 12pc of the global chemical tanker market. He said new customers in rail include the leading chemical companies BASF, Veolia, Eastman, and FMC.

“ChemLINE is further developing a strong profile across different industrial uses. This background gives us a proven pedigree demonstrating we know chemical tank coatings inside out. We now want to reflect that expertise even more into rail as we continue to grow.  It’s an exciting time and it is crucial to find solutions to help these big-name clients.”

Advanced Polymer Coatings (APC) was founded in Avon, Ohio, USA in 1997 by Donald Keehan. The company is a world leader in developing specialty coatings — MarineLINE, and ChemLINE — for high performance applications. These coatings protect against damage from corrosion and chemical attack and provide safe storage and transport of chemicals and products whether on land or sea.

Running on almost 140,000 route miles, the U.S. freight rail network is widely considered the largest, safest, and most cost-efficient freight system in the world. The nearly $80-billion freight rail industry is operated by seven Class I railroads and 22 regional and 584 local/short line railroads. It provides more than 167,000 jobs across the United States and offers ancillary benefits that other modes of transportation cannot, including reductions in road congestion, highway fatalities, fuel consumption, greenhouse gases, cost of logistics, and public infrastructure maintenance costs.

Unlike roadways, U.S. freight railroads are owned by private organisations who are responsible for their own maintenance and improvement projects

Population and demographic trends pose an enormous challenge for U.S. transportation infrastructure. Forecasts suggest that the United States is becoming more urbanized, and urbanized areas will increasingly converge into larger metropolitan networks  as the population continues to grow. As a result, these regions will demand a higher volume of freight, which means greater traffic congestion, increased emissions, more frequent infrastructure maintenance, and loss of economic productivity.

Freight railroads in the United States are poised to meet increased freight demands by offering innovative transportation solutions, such as intermodal transportation with double-stacked containers on railcars. With future population and economic growth, and the subsequent growth in freight, experts anticipate that railroads will continue to make the necessary investments in the capacity required to move heavy and long-distance shipments.

JR Shipping takes next step on their fleet for sustainable future