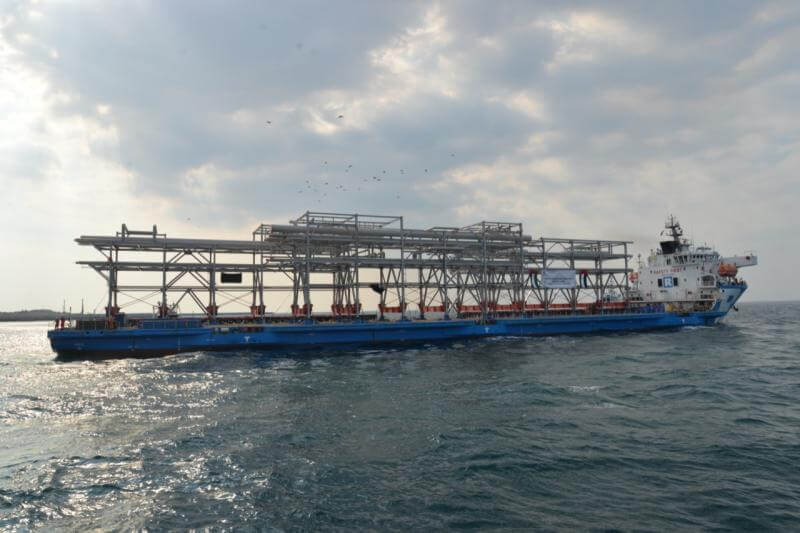 Roll Group UAE completed its first Factory to Foundation project in the Middle East for the first phase of the IGDE II project.

The Module transportation started in December 2020 and was completed in 5 weeks. Phase one of the project consisted of weighing, sea and land transportation, and installation onto foundation of several Modules. The team operated Roll Group’ss own fleet of SPMTs and their wide deck carrier Bigroll Biscay.

Regional Sales Director – Nimalan Logeswaran comments “Due to the complexity of the project and the considerable logistical challenges involved in transporting and installing modules offshore during the winter season, Roll Group offered a bespoke solution utilizing the Bigroll Biscay deck carrier instead of a standard barge to overcome the adverse weather conditions usually experienced en route from Mussafah to Das Island. This allowed Roll Group to minimize the delays traditionally experienced for barge transport during the winter months, which in turn allowed Roll Group to complete Phase one of IGDE II successfully and ahead of schedule.”

The Bigroll Biscay was acquired by Roll Group last year. The IGDE II project was the first project for the vessel. The wide deck carrier has a length of 146 meters and a width of 32 meters. The overall deck load capacity is over 12,2 mton. Additionally, the Bigroll Biscay is DP2 equipped, which enables Roll Group to serve clients that required DP capabilities for their projects.

Roll Group recently opened an office in Abu Dhabi to offer its land and sea heavy transport solutions for the Middle East and African market. “The company strongly believes in project opportunities within the region. With its new regional head office in Mussafah, Abu Dhabi and a wide fleet of onshore equipment already based in country, Roll Group can better serve our clients both land and sea transportation challenges in the region” according to Nimalan Logeswaran.

Roll Group will also execute ADNOC’s IGDE II project second campaign in 2021. Like the first campaign, Roll Group has been awarded for the land and sea transportation scope. 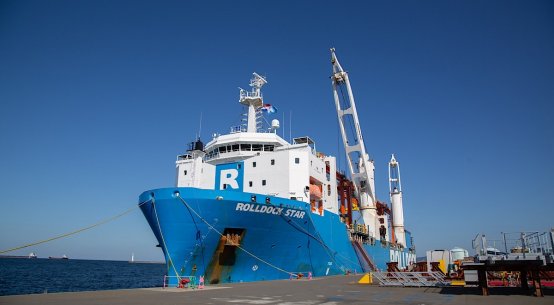 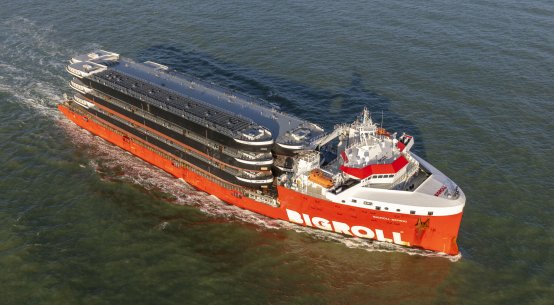 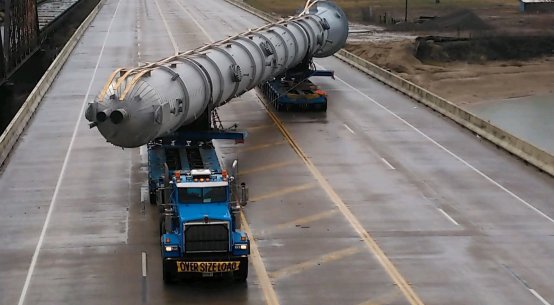 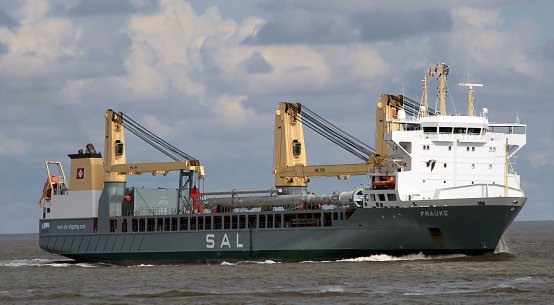