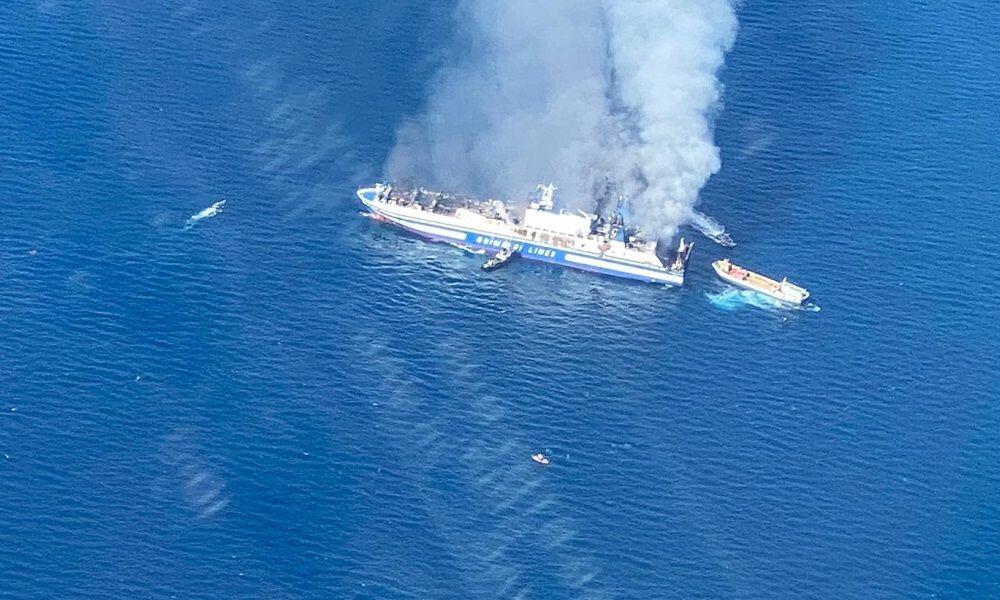 Firefighters have reportedly recovered the body of one missing passenger from a burnt-out truck that was trapped on the burning Grimaldi RoRo Euroferry Olympia.

One of the passengers was found alive and rescued on Sunday morning, according to the Greek coast guard, but a total of 10 people are still said to be missing.

The vessel carrying more than 290 passengers and crew, as well as 153 trucks and 32 cars, caught fire on Friday, while on its way from Igoumenitsa in Greece towards Brindisi in Italy. The cause of the blaze is still being investigated.

The ship is being towed to the port of Kassiopi, in Corfu. It is slightly listing from water coming in, but is in no danger of capsizing, authorities said. The efforts to find the 10 missing people started again this morning.

A Fair Market???by Editor7 months ago