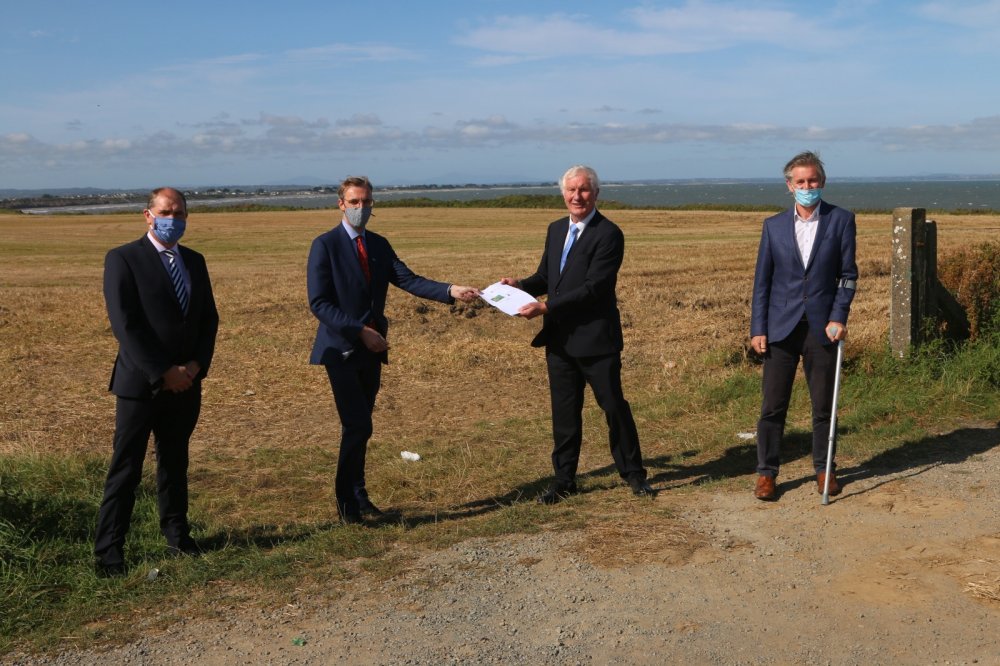 Particularly of interest to Ambassador Palm is the work being undertaken by Dutch company XELLZ, who has invested a significant amount of money in Rosslare in recent times in a bid to create an ‘offshore wind energy hub’ there.

In a statement to the Wexford People the Ambassador said “Basically I’m visiting today because I want to see with my own eyes what the prospects are for developing offshore wind energy here in Ireland. Obviously, there’s a big focus now on sustainability and there are new climate targets to be reached. We have to do more on these issues. I know there are very exciting plans for Rosslare and I came here because I wanted to hear them for myself. We want to co-operate and learn from each other on the topic of climate change and sustainable energy.“

XELLZ has secured approximately 300,000 sqm of land at the port of Rosslare in the Republic of Ireland. XELLZ has now divided the land into zones and the entire area will be known as Rosslare Europort Business Park (EBP).

Through its offshore services subsidiary 24shore and XELLZ Ireland, the Dutch company will establish an offshore wind supply base there to serve and support future offshore wind farms, bringing new energy to the region.

According to XELLZ, they are progressing plans to create a Free Zone at Rosslare Europort and the Europort Business Park (EBP) meaning goods may, following time in the Free Zones, be released to the domestic market, subject to payment of import duties and other charges. The EBP is said to offer storage and assembly areas to manage the wind turbines, transition pieces and mobilization equipment. The space will also house a new training facility for the renewable industry where the young can undertake professional training for the offshore wind energy industry.