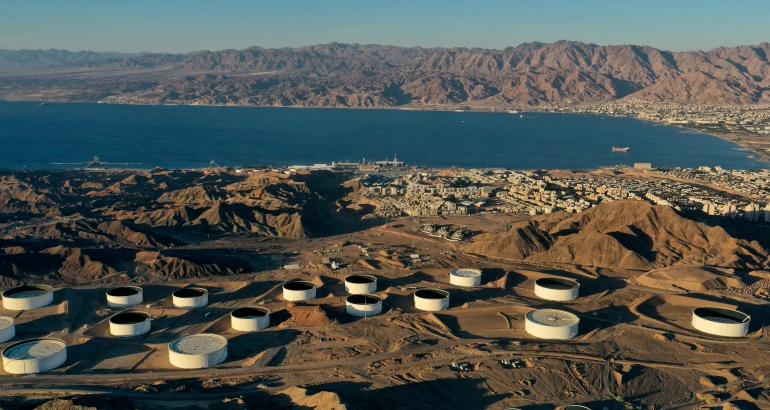 Israel’s environmental protection ministry has announced its decision to delay the implementation of a proposed oil exports transport deal with the United Arab Emirates, freezing a project that has angered environmentalists.

The agreement, which followed the UAE and Israel established diplomatic ties last year, would see Gulf oil brought to the Red Sea port of Eilat by tanker, then moved by pipeline through mainland Israel to the Mediterranean port of Ashkelon, from where it would be shipped to Europe.

But activists have sounded the alarm about potential threats to the northern Red Sea corals off Eilat’s coast.

Israeli environmental organizations challenged the plan in court, citing the risks of a devastating leak or spill, with tens of millions of tonnes of crude expected to be brought through Israel each year.

EAPC submitted its response in court last week, providing a risk assessment in which it claimed that the risk from the increased flow of crude was minuscule.

But on Sunday, Israel’s environmental protection ministry said the risk assessment “did not meet the conditions” stipulated by the ministry, and was therefore not valid.

To read more comments and details go to this link: https://www.aljazeera.com/news/2021/7/25/israel-freezes-uae-oil-deal-over-environmental-concerns