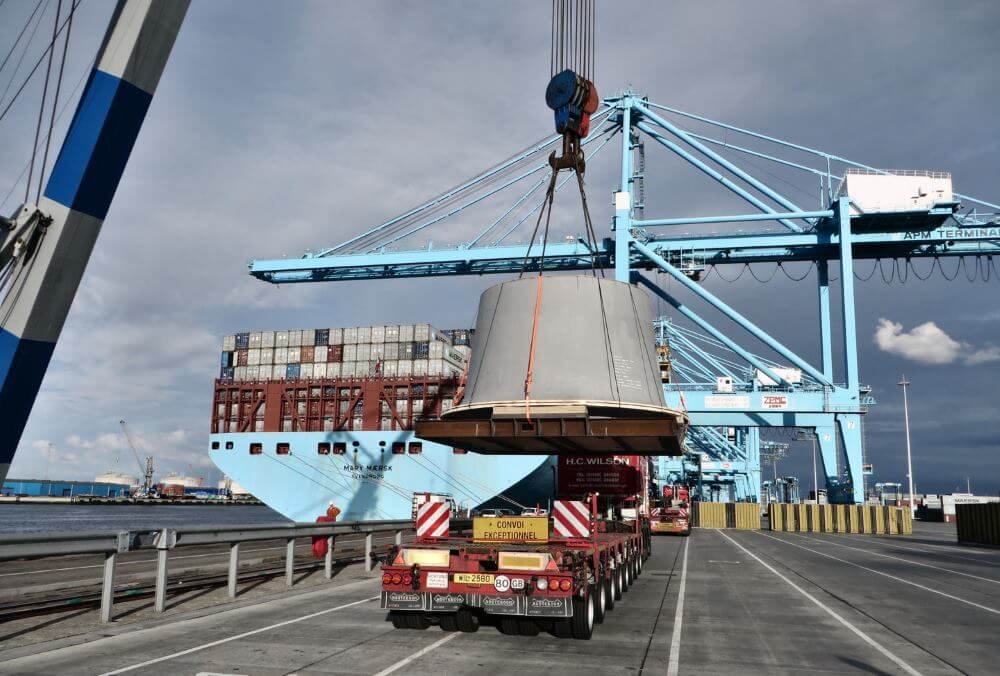 Many years ago, project cargo became an integrated part of Maersk’s total business. Now, Maersk has taken the next step in this venture.

Maersk’s plan for the division, which is broadly defined as cargo that cannot be transported in a standard container, is in many ways similar to the plan governing Maersk’s overall strategy. Maersk will sit on a larger share of the project cargo value chain, as is the case in the container division, in which Damco and Maersk Line have been cobbled together under Maersk.

Breakbulk News has asked around and it seems that first of all this is nothing new as other liners have done, or are doing the same. We see project freight forwarders becoming a liner and liners becoming project forwarders. Many of the forwarders we have spoken have taken Maersk of their list of potential liner service for their customer’s project cargo as they have now become a competitor.

Specialty or project cargo is more than just shipping from point A to B and takes project management and trangineering skills that is not to be found at liners. They see large profits but do not take the extra liabilities in consideration, one of the interviewed project logistics companies told us.

As a point of departure, the majority of customers are demanding broader solutions than just ocean transport. Previously, we moved customer cargo from port to port, and then there were others which took over from there. However, customers are increasingly interested in buying a broader solution,” says Kristian Lund Knudsen, Director and Global Head of Special and Dangerous Cargo Solutions in Maersk.

Previously, we moved customer cargo from port to port, and then there were others which took over from there. However, customers are increasingly interested in buying a broader solution.

Maersk says that the carrier will not own the lorries required to transport, for example, a turbine blade. However, while Maersk has primarily operated within sea freight, the ambition to offer customers more links in the value chain by, for example, moving containers to a lorry and on to the final destination.

“There can be huge differences between specialty cargoes, so it is not as though we can offer everything to everyone, but we want to find the customers demanding specific solutions and develop solutions together with them so we can repeat it with other customers where the need arises,” says Lund Knudsen, adding that Maersk currently has a relatively developed setup in North America on that front.

In recent years, container and bulk carriers have secured growing volumes of project cargo, which specialty vessels within the multipurpose, break bulk and heavy lift sector have historically controlled.

The missed freight volumes have been reflected in, for example, reports from owners and operators of special ships as container carriers have increasingly entered the market.

Most recently, German carrier Hansa Heavy had to give up after several years of economic challenges.

Specialty cargo grows significantly faster than the dry container market this also applies to Maersk’s Ocean segment. We want to grow related services on the onshore side even faster.

According to Lund Knudsen, traditional players are still sitting on a larger share of the project cargo market. Looking exclusively at the competition for project cargo between container carriers, Maersk has a market share which is “slightly higher” than the carrier’s general market share, which was previously at 19 percent, says Lund Knudsen.

“Our market share is in strong growth and relative to our global integrator visions we can offer customers a something which has not been on the market before. We can take over more of the task on the onshore side and turn it into an even more effective solution,” he says.

Maersk has not published specific report figures for the business division, but Lund Knudsen reveals that project cargo only makes up a small part of the total business. Meanwhile, according to Lund Knudsen, this is “a very profitable part of the business, which is fast-growing.”

Part of strategy is also an increased focus on digitalization.

First of all, it is about reducing the time from when a customer requests an offer on transport of special cargo until the customer receives the offer. Previously, Maersk took approximately one day to return with an offer, but today the carrier is down to six hours.

“Our ambition is to get under four hours,” says Lund Knudsen, adding that the complexity of project cargo means that it is close to impossible to compete with equivalent response times on regular container freight.

Maersk’s head office for project cargo is located in Copenhagen, where Lund Knudsen also sits. Besides this, Maersk has three regional offices in Shanghai, Dubai, Hamburg and one in the US which is split between New Jersey and Texas.