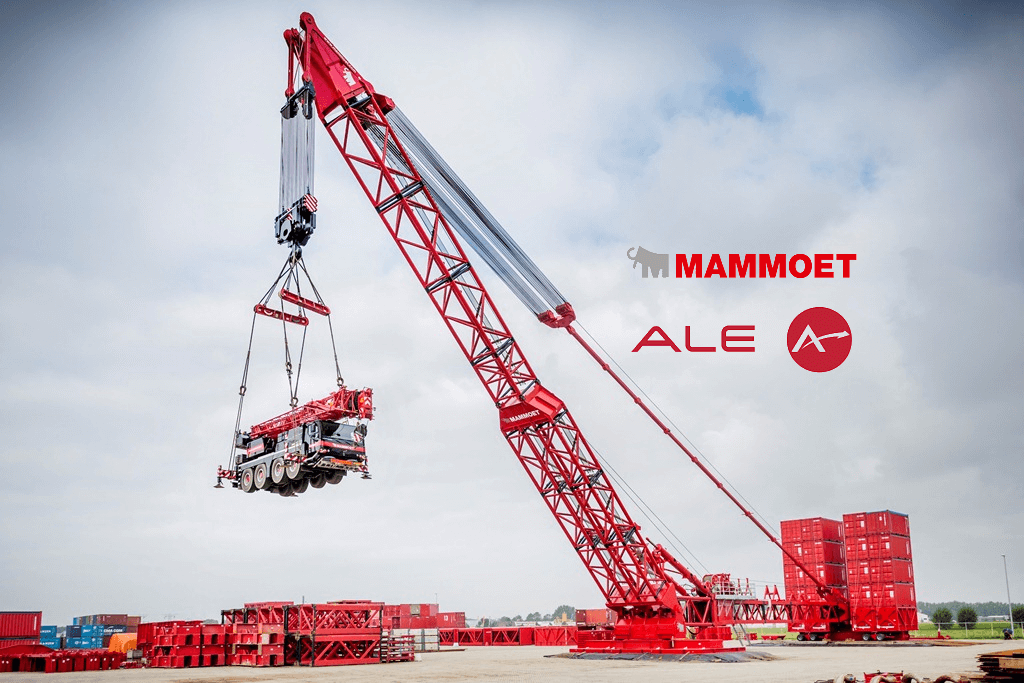 Leading international heavy lift and transport specialists Mammoet and ALE are in takeover talks. Netherlands-based Mammoet has confirmed it is negotiating with UK-headquartered ALE in a bid to acquire it.

A joint statement from the two companies is as follows:

“Today, Mammoet Holding B.V. and ALE Heavylift have announced that the two companies are currently negotiating a purchase agreement, under which Mammoet would acquire the British heavy lift and transport specialist.”

“At this point, Mammoet and ALE wish to refrain from publishing more details about their acquisition talks.”

This is slightly surprising development. There are really only three players in the global heavy lift market, Mammoet, ALE and Sarens, so not a market you would expect to see any significant consolidation pressures.

It is a very rarefied market with a high entry costs, so an acquisition is likely to see the market remain with just two major players. Not that this is a bad thing necessarily and it may well throw up some opportunities for other companies offering heavy lift cranes?

It will be interesting to see how the competition authorities take this, it is likely to depend on whether anyone objects or not.