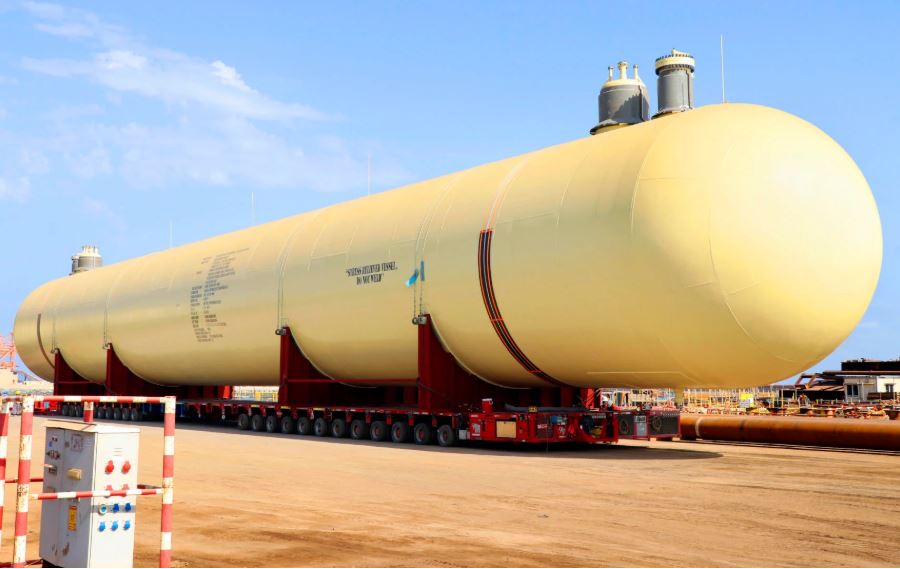 The Duqm oil refinery is a major development of a world-class integrated refining and petrochemical complex in Oman.

The first contract for the heavy lift and transportation company came from a local manufacturer, comprising the inland and sea transport of nine LPG storage tanks (bullets) for EPC-2 Offsite and Utilities scope of the project.

The second contract was awarded by Agility Global Logistics (Agility) and involved receiving and transporting various reactors. Each 780t bullet fabricated at a local fabrication facility in Sohar, measured 72m long, 11m high and 8m wide, was loaded-out by 44 axle lines of self-propelled modular trailers (SPMT) onto a barge provided by Mammoet in Sohar, bound for the Port of Duqm.

Precision positioning of the RoRo ramps, an accurate ballasting plan, expert mooring and sea fastening ensured successful load-outs. On arrival at the Port of Duqm, the bullets were safely loaded-in, staged in the port’s laydown area and transported 25km to the project site.

Once at the refinery, the bullets were successfully positioned onto their foundations by 1,600t and 1,250t capacity crawler cranes working in tandem. By managing the complete logistics chain from the fabrication yard to the Duqm refinery, Mammoet was able to ensure timely and safe delivery of the bullets.

The Agility contract was an essential component of the Tecnicas Reunidas’ Process Unit scope of the project. This included handling a 1,130t reactor measuring 33m long, 8.7m wide and 7.3m high, which was the heaviest cargo ever loaded-in at the Port of Duqm.

All the reactors Agility handled have been received successfully and safely delivered to the project site using 54 axle lines of SPMT. Additionally, as part of the scope of work, ten hydraulic cranes and three crawler cranes have been engaged at Duqm refinery to support other subcontractors on site.

This is one of the first projects performed since the acquisition of ALE by Mammoet, and has seen colleagues from both former companies combining their expertise to deliver the best possible service.

“We are delighted to have successfully completed our scope for the Duqm refinery. The close collaboration of the entire project team, including our clients, the Port of Duqm and the local authorities, enabled us to successfully deliver all key equipment safely and within the deadlines set.” commented Vishal Buddhadev, General Manager of Mammoet’s Oman branch.

The Duqm refinery is a strategic investment for the Sultanate of Oman and forms the cornerstone of the Duqm Special Economic Zone, Oman’s next industrial centre. The development occupies more than 2,000 acres and, when completed, will have the capacity to process approximately 230,000 barrels of crude oil per day.

It will manufacture high-quality products, such as diesel, jet fuel, naphtha and LPG, in compliance with global operational and safety standards. 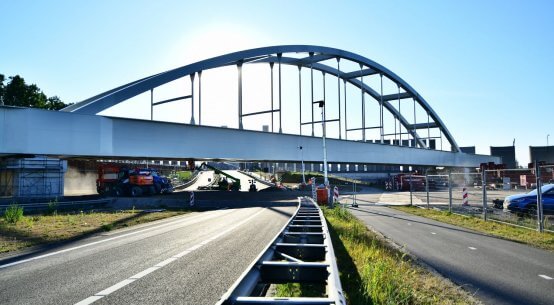 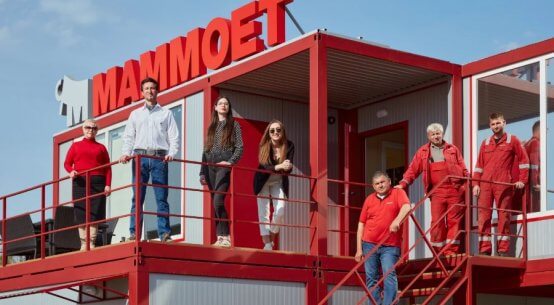