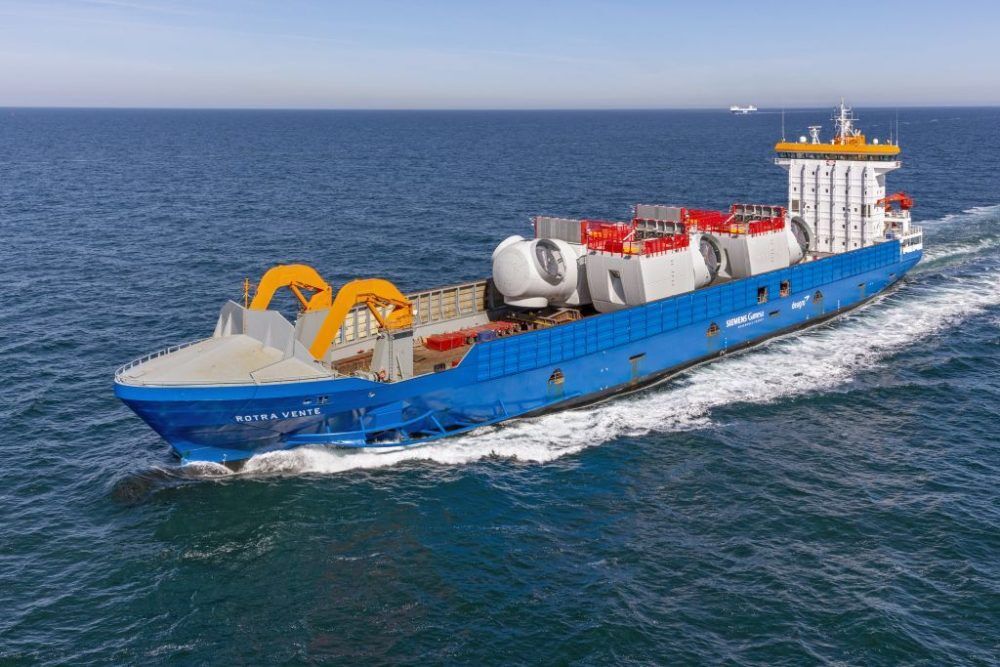 Over the last few months, Amasus Shipping’s MV Rotra Mare and MV Rotra Vente have gone through some mega modifications. These modifications make it possible for both vessels to transport the next generations windmill equipment.

Rotra Vente
For the Rotra Vente, the characteristic cover has been removed and is equipped with sponsons around the hull in order to increase her beam for more deck space and stability for sailing with the future generations of wind turbines. Also her bow opening and Ro/Ro ramp have been modified, this is to allow smooth loading and discharging operations for the heaviest windmill equipment.

With this modification, the length of the Rotra Mare has been extended by 11.6 metres. Before the vessel was cut in two pieces, the bow had to be dismantled and placed on deck of the aft of the ship to avoid any stability issues. After the vessel was split into two separate parts, the brand newly built section by Niestern-Sander was adapted to the aft of the ship. Next step was connecting the fore ship, whereby the deck had to be lowered. Last but not least the bow had to be lifted and placed back in the original position. With this final lift the Rotra Mare was back in original shape.

“Both vessels successfully completed their first voyages in their new shape. And to top it off they passed each other in Rotterdam!”