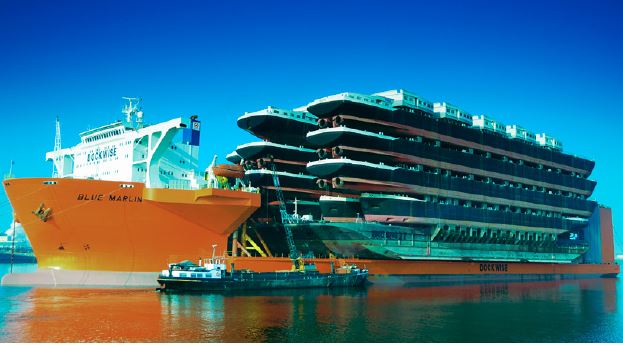 Today, the Port of Rotterdam released a white paper on the opportunities and threats for breakbulk business, together with industry experts Johan Paul Verschuure, Project Director of the Ports & Logistics Team at consulting company Rebel and Hugo du Mez, Advisor Strategy & Analysis at the Port of Rotterdam Authority.

How are the various breakbulk markets affected by specific developments, how can companies in the sector make a difference and what can we actually learn from COVID-19?

HICK-UPS IN PRODUCTION AND LOGISTICS
The breakbulk sector is also showing signs of recovery, according to Johan-Paul Verschuure. “Partly thanks to financial support programmes, the damage has been limited and we are seeing a strong recovery. That gives a positive vibe, which in turn acts as a driver for the demand that has been stimulated.” Nevertheless, he believes it is too short-sighted to speak of a new commodities super cycle, or a revival of the roaring twenties. “Growing demands are healthy. But both production and logistics are facing hick-ups worldwide. These are the logical consequence of lagging supplies of raw materials and stocks, delayed projects, or the late start-up of factories. A good example is the steel industry. China may have remained remarkably stable in terms of production capacity, the US and Europe are struggling with an after-effect, due to a delayed upscaling.”

PRICE PUSH
Increased demand is pushing up prices, especially in Europe. More expensive raw materials are also contributing to the higher prices. “On top of that, a number of parties on the demand side have anticipated the scarcity by building up large stocks. This hoarding has created additional demand in some parts of the breakbulk market. The effect is noticeable throughout the supply chain and may eventually slow down the economic recovery,” adds Hugo du
Mez, Advisor Business Intelligence at the Strategy & Analysis department of the Port of Rotterdam Authority.

A growing concern for the climate also contributes to scarcity. And thus to the price push. China, for example,
seems to be restricting extremely polluting production facilities. They are allowed to scale up less, which
removes overcapacity from the market and reduces supply volumes. According to Verschuure, the growing
focus on more sustainable production could become a trend in the years to come, which would further push
up prices.

TRADE RELATIONS AND POLITICS
Both experts are convinced that factories and producers will be able to pass on the extra costs to end users.
“This is and will remain a question of supply and demand and will certainly remain that way this year, but
probably also in the first half of 2022,” Du Mez predicts. “Moreover, everybody is sharing the same
predicament. The whole market is affected by higher prices. Nobody will lose market share or harm their
competitive position by passing on higher prices,” Verschuure adds. “That is quite a difference from previous
years, when price differences could result in a loss of market share.”

Partly because everybody is sharing the same predicament and supply chains are changing only gradually, the developments mentioned do not have an immediate profound impact on global trade relations, according to both. Structural growth is still in Asia, while the European market is more mature. Any growth there will mainly be cyclical.
Obviously, political developments continue to play a role here.

ENERGY TRANSITION MAJOR GAME CHANGER
Without a doubt, both experts consider the energy transition to be one of the major game changers for the breakbulk sector. The demand for non-ferrous metals such as copper, nickel, lithium, and aluminium is expected to grow substantially as a result of the growing number of (offshore) wind farms, amongst others. The question remains as to what impact this will have on the breakbulk market, or whether the container sector will benefit. Nevertheless, the sky-high container rates that we are presently facing certainly offer opportunities for the breakbulk sector.

For Heavy Lift and Project Cargo, HLPC in short, the impact is definitely stronger. Production facilities worldwide that run on coal or other fossil fuels will switch to cleaner energy sources. The handling and shipping of components for electrolysers, hydrogen storage tanks, compressors and battery stations will boost breakbulk supply chains. The same applies to offshore wind. Verschuure: “The number of offshore wind farms, for example, has increased considerably over recent years. In the future, that growth will continue exponentially. Moreover, the wind farms and the turbines themselves are getting bigger and bigger. Ships and facilities will have to keep up. This clearly offers opportunities and is one of the main drivers for the HLPC and steel markets.”

It can be interesting for individual breakbulk parties to team up. By joining forces and making use of each other’s knowledge, they can strengthen their position and deliver an even better product to the offshore wind sector. “Opportunities also arise for providing services, for example in the field of maintenance,” Du Mez thinks. “Strong clusters have a bright future ahead of them.” Verschuure too is positive about the future: “There are plenty of opportunities for the breakbulk sector; with offshore wind and the energy transition as main drivers.”