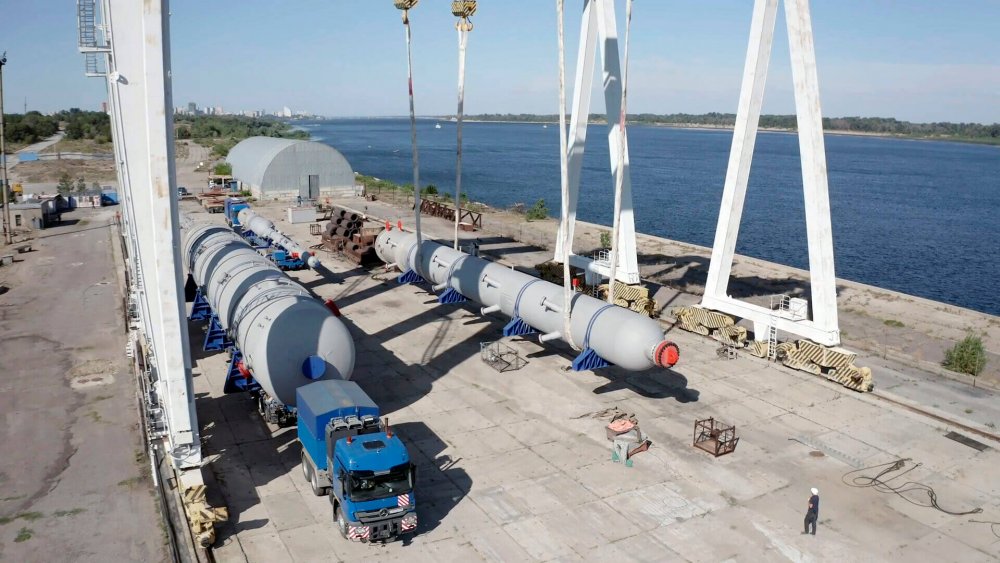 Barrus Projects has completed the first stage of their project to deliver equipment from Volgograd to the Omsk refinery in Russia for the construction of a hydroisodewaxing unit for hydrocracking residue to obtain base oils of groups II and III.

These cargoes were delivered from a leading manufacturer’s plant to a specialised berth using Barrus Projects’ own equipment – axle lines and heavy-duty trucks. Then they were loaded on a sea barge, which made a two-month voyage from a specialised berth in Volgograd to an oil refinery berth in Omsk. The barge passed through the Volga-Baltic and White Sea-Baltic canals, the Northern Sea Route, the Ob and Irtysh rivers. The cargoes were then delivered from the berth to the construction site.

Barrus Projects has developed a set-up for the construction of a temporary in-plant road for the delivery of heavy oversized cargo inside the Omsk Refinery, as well as a project for the reconstruction of crossed pipe racks. This made it possible to deliver large cargoes to the construction site located in the center of the largest refinery in Russia smoothly and without delay. During the execution of the project, more than a dozen large consignments of cargo with a total volume of about 9000 m3 were delivered.

“Our team developed specialized transport cradles for all the oversized heavy cargo, which ensured safe transportation by all types of transport and also minimized the transport height of road trains with cargo to pass under the pipe racks of the Omsk refinery. Thanks to the well-coordinated work of the Barrus Projects team the project was completed without delay, despite the period of the pandemic.”