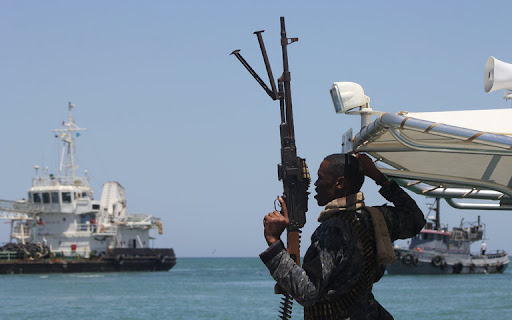 The menace of sea piracy that has bedeviled the Bonny-Port Harcourt sea route just reared its ugly head again after a seven-month interregnum as five persons were abducted in the early hours of Tuesday, August 10, 2021, along the Bonny River close to the Federal Ocean Terminal, Onne.

The Officer-in-Charge of the Marine Police, Bonny, Solomon Adeniyi, a Superintendent of Police, who confirmed this, disclosed that “five people were kidnapped after Onne in a 10 passenger speedboat around 0730Hours this morning”.

He further informed that the victims were “two females and three males,” clarifying that “based on jurisdiction, the incident has been reported to the Marine Police in Port Harcourt by the boat driver, while we assist them to rescue the victims”.

An official of the Bonny Youth Federation (BYF), who prefers anonymity further revealed that the attacked speedboat was “one outboard engine powered speedboat that carries 10 passengers which were on its way from Bonny to Port Harcourt this morning”.

He narrated that five of the passengers were abducted and the other passengers allowed to continue the journey to Port Harcourt, adding that the abductees were yet to be identified and their destination yet unknown.

Recall that since the Isaka 12 incident in January, the Bonny-Port Harcourt sea route has been quiet from attacks of sea pirates until this morning’s incident.