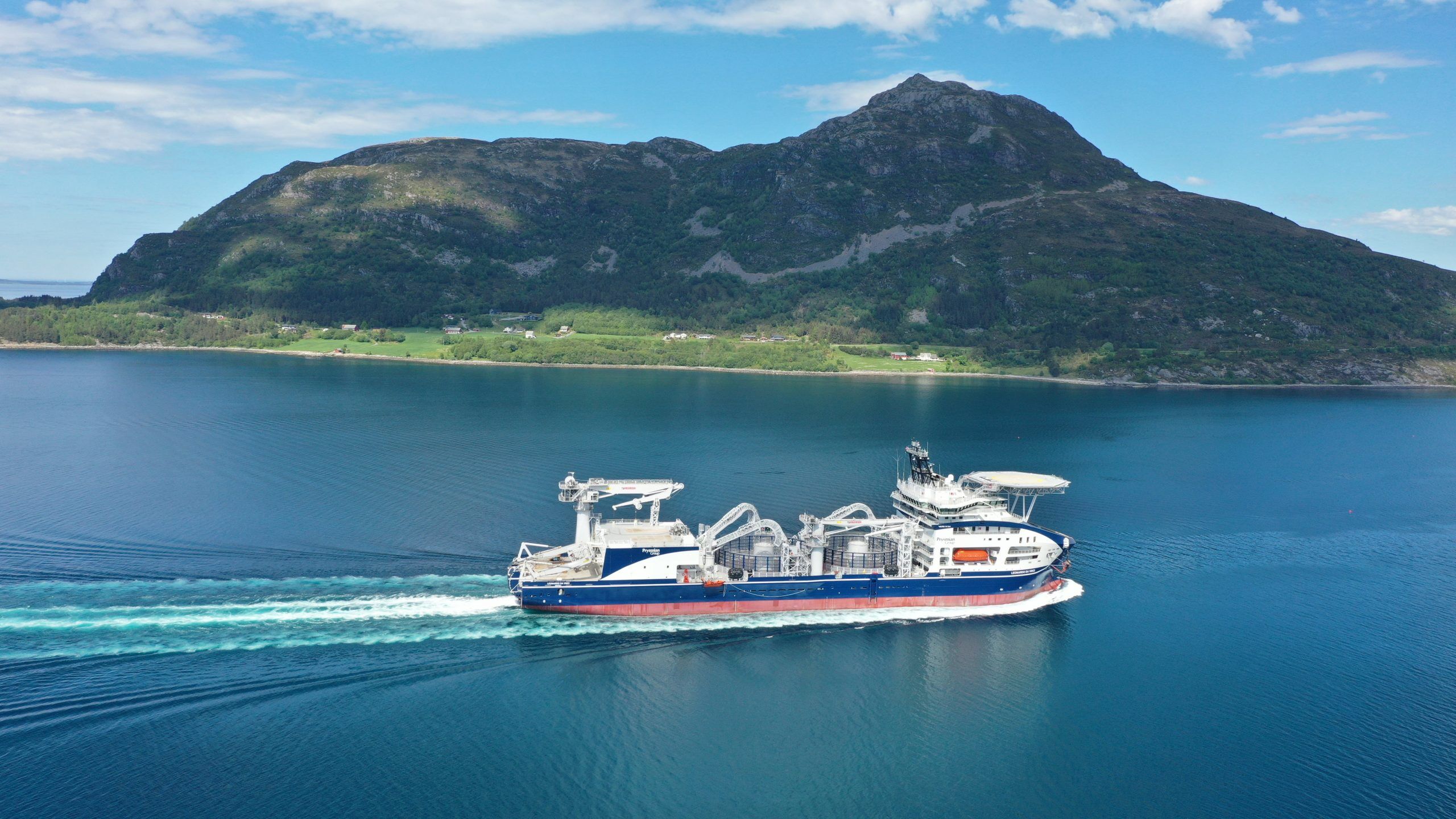 Prysmian Group, the world leader in the energy and telecom cable systems industry, announces the delivery of the record-breaking vessel Leonardo da Vinci. A unique asset to be added to the existing Group’s state-of-the-art vessel fleet, Leonardo da Vinci will allow more efficient and sustainable project execution for the development of smarter and greener power grids worldwide to support the energy transition.

“Leonardo da Vinci is the most efficient cable layer in the world and from now onwards it will support the Group’s long-term growth in the submarine cable installation business. It will be a game-changer in strengthening our leadership in the interconnection and offshore wind farm markets,” stated Valerio Battista, CEO, Prysmian Group.

The first mission assigned to the Leonardo da Vinci vessel is the installation of the Viking Link submarine cable connection between the UK and Denmark, the world’s longest power interconnection. The vessel has just arrived at the Arco Felice plant — one of Prysmian’s four centers of excellence for the production of submarine cables — in order to load the cable to be installed.

Later in the year, it will be fully dedicated to the execution of other important projects such as the submarine power interconnection between the Spanish islands Lanzarote and Fuerteventura and the Saint Nazaire offshore wind farm in France. The official launching ceremony will take place by Q2 2022 so as to demonstrate Leonardo da Vinci’s superior performances and cable installation capabilities, supported by a solid projects’ execution track record.

With a length of approximately 170 m and a breadth of about 34 m, Leonardo da Vinci offers a high degree of project versatility thanks to advanced features such as deepwater installation capabilities for depths of more than 3,000 m also thanks to a new generation cable technology armored with lighter materials; maximum speed slight above 16 knots; 2 carousels of 7,000 and 10,000 tonnes, which ensure the highest carousel capacity in the market, enabling a reduced transportation time from the factory to the site, for an overall improved project efficiency; two independent laying lines in order to increase operative flexibility; bollard pull in excess of 180 tonnes conferring the capability to perform complex installation operations and supporting a variety of burial tools. In addition, the vessel is equipped with state-of-the-art DP3 positioning and seakeeping systems. All cable handling and installation equipment have been designed by Prysmian.

The high cable load capacity and navigation speed of Leonardo da Vinci also allow the number of cable installation campaigns of any project to be significantly reduced. The lower number of transits and the reduced transit time needed thus enable an overall decrease in CO2 emissions and a reduction in fuel consumption of approximately 40% compared to a traditional cable-laying vessel.

Kuehne+Nagel teams up with Lenovo to reduce their carbon footprint