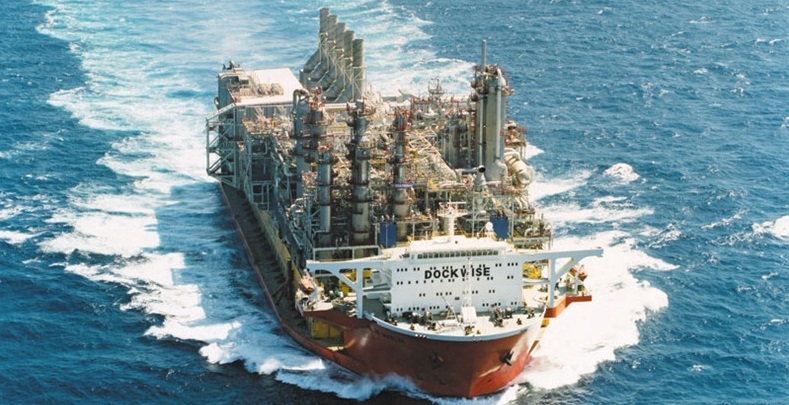 “It’s hard to explain to CEOs when they are looking at your budgets… but what we’re finding is, when we’re called too late the project pays for it,” said Russel Quebedeaux, US Key Accounts manager, ALE – Heavylift.

Lead times change with the size of the piece to be lifted or transported, explained Jack Tol, Account Manager, Mammoet USA. For a 5,000-ton module that requires 300 axle lines underneath it, he recommended “quite a bit of advance notice so you can secure the equipment”. For a 1,000-1,500t lift, a couple of months should be sufficient, although with construction as busy as it currently is along the U.S. Gulf Coast, Mammoet recommends a longer lead time.

“But when you start talking about cranes in the SK range (of mobile construction cranes) or our large ring range, you’re talking about lead times of 18 months or more just to make sure you have the machines when you need them,” Tol elaborated.

It takes roughly 40 days for a module to be transported from China or South Korea to the Gulf Coast via the Pacific Ocean and the Panama Canal, said the other member of the panel, Hans Ex, Manager – Projects at Dockwise. He noted that owners should also take into account delays at the entrance to the Panama Canal, and the “free time” vessels spend in port. During free time, the shippers will install grillage for the module to be placed upon. Once the module has been set on deck, sea fastening will then be installed – this typically is placed between the module and the grillage or the module and the vessel deck.

“That’s especially the time where we can save and we can optimize,” Ex commented.

To fully optimize, Ex recommended waiting no longer than a year to engage Dockwise or other shippers, and he said project owners typically engage his firm three years prior to actual shipping.

He provided the following advice for modular-project owners: “Understand what it takes to bring a module across a large ocean. Ask a ship owner to think about you. Don’t do that in the EPC phase, seven months before you start building that module. Maybe there’s no ship available, the market is different now from a few years ago. Bring in the ship owner when there is still time to change your plan. In that case you have flexibility, and it will save you a lot of cost later. Understand what you’re doing. What happens if you meet a nine-meter wave? We’re fine with it. You’ve got to make sure the module is also fine with it. We provide you the input for you to understand what needs to be done, how much steel there needs to be, if any, for that nine-meter wave.

“Where do you find our activities in your project cycle? In the early stages of your project, concept selection, or when you’re still identifying which site to choose, or whether you are going to modularize or not, you probably want to think about whether there are ships in the world that can actually access the site you have intended. Is there enough water there? Or are you in a landlocked location? What does that mean to the size of the modules that you can possibly design for? What kind of environmental situations are you trying to overcome? Is the site accessible all year? Or maybe there’s a weather window because of ice, or typhoons, or environmental constraints?

“If you don’t think about these things early on, you’ll find it out later, and there may be costs associated with overcoming those constraints.”

Tol provided advice from a heavy-lift contractor’s perspective for project planners thinking of going down the modular route. When aiming for cost and schedule savings, he said the most important thing is to minimize the amount of lift points on the module.

“Our experience so far with most modules has been that every module has to be lifted from all vertical columns. We’re okay with that, because the more rigging the better,” he said.

But the problem with rigging is that a lot of headroom is needed, and as ships usually don’t have sufficient amount of headroom, “it becomes a two-crane pick. Twelve pick points, two cranes – there’s a real risk of tweaking the module and damaging it, so a lift like that is a time-consuming effort; there’s a lot of risk associated with it that can be prevented if you simplify the amount of pick points.”

Tol also stressed the importance of having a uniform height across modules. He explained: “If you don’t, there’s a lot of time lost setting up your trailers, reconfiguring, stuff that adds to additional delays. What you want to avoid at all costs is different elevations within a module… it often leads to hav(ing) to position your trailer before you can put any of the cribbing on the trailer or between the module and the trailer. Again, very time consuming, something to avoid.”

He concluded: “Potential wins: Less moving parts during the operation, increased safety performance if you do so, you reduce ship, trailer (and) barge personnel, (and) demurrage, which a quick calculation could be anywhere between $6,000 to 10,000 dollars an hour. And you save big time on critical path.”