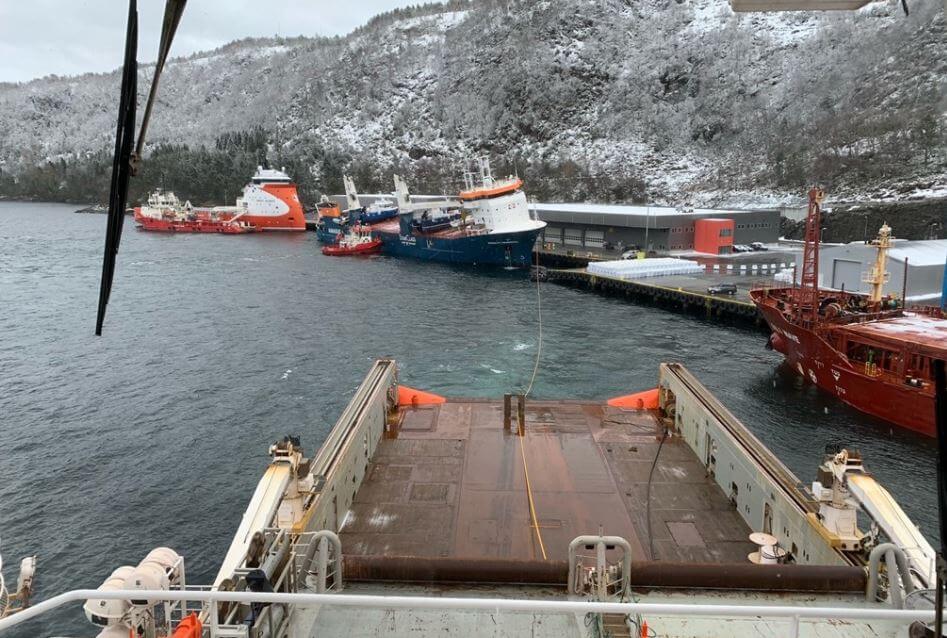 Jan te Siepe and the Starclass Yacht Transport team tell more about the incredible journey of the “Eemslift Hendrika”, what caused the vessel to list and what happens next.

Here is their statement:
“When I started my company “Starclass Yacht Transport” in 1987, I was the captain of my own vessel. Back then I also experienced heavy storms and high waves, but I never experienced a situation like the Eemslift Hendrika did!
When the first visuals of the Hendrika in distress started coming in, I could not believe my eyes. The images/clips of her struggling against the storm and high waves under the angle of 45 degrees were being broadcasted all over Europe. It was rough, to say the least. Our thoughts went out to the crew who were rescued by helicopter. It was clear the cargo (the boats) was exposed to the extreme forces of nature. For a long time we were not sure whether or not they would hold.” Jan te Siepe, Founder of Starclass Yacht Transport

The cargo
The deck-cargo consisted of a sailing yacht, two smaller (fishing) catamarans and a fishing boat of 280 tons, used for salmon fishing, for our Norwegian client. Below deck, there was another fishing catamaran. Hendrika also had four heavy machines which were booked as extra cargo. Due to the storm, two of these machines broke loose and hit the ballast tank. This caused a major flood in the hold, which in turn, caused the Hendrika to lose her balance and started listing.

What happened
In the days that followed the wind did not ease down and the waves were still between 12 and 15 metres high.
In the meantime, the last three crewmembers and the captain were taken off the ship. They programmed the autopilot to keep the Hendrika on course, hoping to save the ship and her cargo. But after a few hours, the main engine gave in.

The ship became adrift and it seemed she was losing her battle against these forces of nature. It was hard to stay positive and keep on hoping for a safe and positive ending. Afterall, the cargo on deck was constantly fighting the heavy storm and waves for hours and hours. The next day we were able to secure a connection to the Henrika’s onboard webcam for a short while. We could tell that the big fishing boat, had slid overboard taking the crane arm and the chains, that had kept her in place.

Not long after this “launch”, it became clear that she miraculously floated around close to the Hendrika with hardly any damage. The owner of this boat organised a salvage company that towed her to the port of Floro. During all of this, we were in close contact with the owner who is relieved, impressed, and happy that it turned out this way after all!
We share his opinion. It is incredible, that except for the fishing boat, the rest of the cargo endured these extreme circumstances successfully. It is proof of our team’s great skills.The whole crew, led by our loadmaster, did an excellent job regarding lashing the yachts!

Meanwhile, the tugboats of Boskalis arrived to salvage Eemslift Hendrika. The weather conditions were making it very difficult to drop the Boskalis-crew on board to connect the towing lines. By now the Hendrika had been adrift for over 48 hours. We were extremely relieved when we received confirmation that the connection of the lines were made and she was being towed! To stabilize her, the hold was emptied by use of pumps on route to the port of Alesund.
We wanted to fly to Norway to welcome her, our clients, and most of all the crew, to support and comfort them. But sadly enough, the COVID-measures did not allow for this.

Now what?
At this moment, the original crew of the Hendrika is back on board to get her back in shape. They are all doing well, but are understandably very shaken by the whole “roller coaster” they had been through.
The owner of the Hendrika has arrived in Alesund to support his crew and to take care of all sorts of matters.
At this very moment, we are working with Amasus to position sister ship the “Eemslift Nelly” to maintain our yacht transport line service between Bergen and Istanbul.

Grateful
We are grateful and relieved that the crew and cargo made it all in good health and that it ended the way it did.
We would like to thank everyone who showed us their compassion and support during the last couple of days. It is heart-warming to know that our current and future clients’ trust is maintained. The many e-mails we have received are proof of this. In the meantime we are receive many inquiries for future transports.
We have shown our expertise in knowing how to lash yachts/boats and that we deliver them even under circumstances like these.

Thank you all for your trust and support.