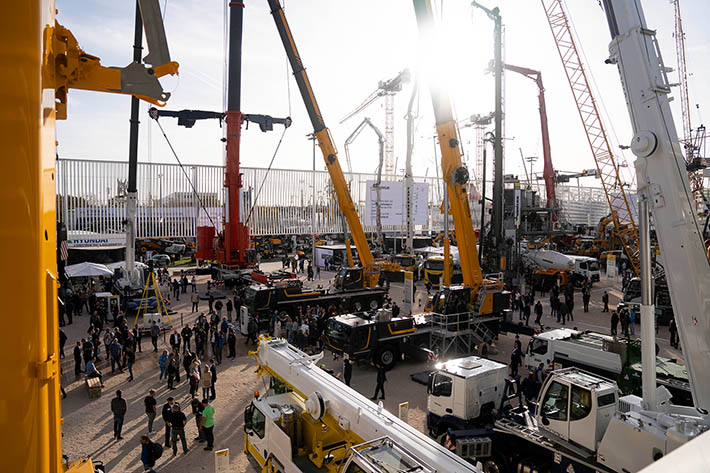 Originally, the shareholders of the companies Herrmann & Wittrock, Titschkus & Wittrock and Ulferts had only planned a visit to Bauma. Instead, the three crane rental companies are now strengthening their fleets with a total of seventeen brand-new Liebherr mobile cranes from Ehingen. These will be delivered next year.

In total, the order, which was concluded at a joint meeting during the trade fair, has a volume of 20 million euros. The seventeen mobile cranes ordered will supplement the existing fleets of the three companies. The shareholders of the group of companies Oliver Herrmann (Herrmann & Wittrock GmbH & Co. KG), Marcus Wittrock (Titschkus & Wittrock GmbH & Co. KG) and Temmo Niekamp (Ulferts GmbH) are looking forward to the new additions.