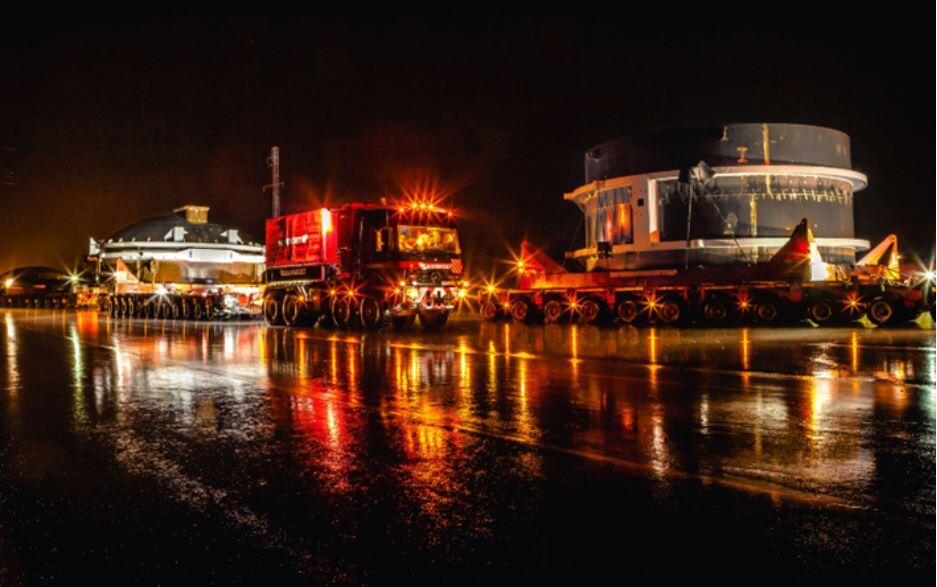 Article: Did you know, that search engines show at least four times as many hits on space exploration versus ocean exploration at any given time? Yet space exploration would not have been possible without the support of the oceans. As billionaire Richard Branson reached space in his own “ship” a few months ago, followed by Jeff Bezos, it is quite interesting to consider how the process starts as an ocean journey, or rather a carefully curated project cargo process.

A post on NASA’s official website titled “How to Ship the World’s Largest Space Telescope 5,800 Miles Across the Ocean,” narrates the journey of undergoing one of the most challenging deployment processes any spacecraft has ever endured. Additionally, it explains how before it even launched to space, the telescope had to complete a 9,300-kilometer voyage at sea, to get the world’s largest space telescope across two oceans; from California through the Panama Canal all the way to French Guiana for launch.

From the custom made case designed to accommodate the 76,000 kilograms and 33.5 meters long telescope, which NASA described as a colossal “suitcase” or STTARS – short for Space Telescope Transporter for Air, Road and Sea – outfitted for any extreme or unexpected conditions, the watertight route to drive the case to the dock avoiding potholes along the way, which could cause damage to the sensitive nature of such cargo, to finally onboarding the vessel “MN COLIBRI,” followed by a 16-day journey that involved a carefully planned itinerary steering away from turbulent waters, this is, without doubt, a multi-faceted challenging project to deliver.

Charlie Diaz, site operations manager at NASA’s Goddard Space Flight Center in Greenbelt, explained how the process took years of preparation: “There are just thousands of different things that go on behind the scenes: pulling permits, avoiding obstructions, selecting alternate routes…all kinds of nuances.” Furthermore, it is worthwhile noting that in comparison to the turbulence of air travel and the unavoidable forces experienced during landing, seaborne cargo transport was quite literally smooth sailing. In fact, “MN Colibri” has been specifically designed to transport oversized rocket parts as well as sensitive payloads to Europe’s Spaceport, the Guiana Space Center, with the vessel travelling at around 15 knots, or 17 miles per hour.

With the world’s most powerful entering a race to commercialise space, the breakbulk and overall project cargo sector will undoubtedly have to evolve and develop in this respect to accommodate increasing needs. Another example is the spaceport which is currently being built in the Amur region in Far East of Russia, with Mammoet announcing that it had recently delivered 14 crucial components for assembly of the complex, undertaking to unload the pieces of heavy and oversized equipment from a barge and transport them to the construction site 60 kilometres away.

Given the delicate nature of the equipment, the purpose for which they are being carried, as well as their weight and size, such factors make the process rather complex. In particular, the cargo included the launch pad and a vacuum chamber for the launch station, the total weight amounts to 600 tonnes, while the vacuum chamber alone had a diameter of 9 metres. Alexey Zhugan, Mammoet’s project manager explained how “For every piece of equipment, we needed special permits…We had to block regional roads as well as the federal road that connects Moscow with Vladivostok for a couple of hours during the night to transport the loads. All this requires careful planning and approval of every detail of the project.”

While the space race may serve numerous purposes, among which power games between the world’s greatest nations and most rich and powerful people, as well as a test of ideologies or meeting enhanced sustainability targets, this is also an opportunity to develop and grow the infrastructure required to accommodate such demanding project cargo processes. At the end of the day, it is the only transport mode remaining that can be safely used to transport large, extravagant and precious equipment of this type.