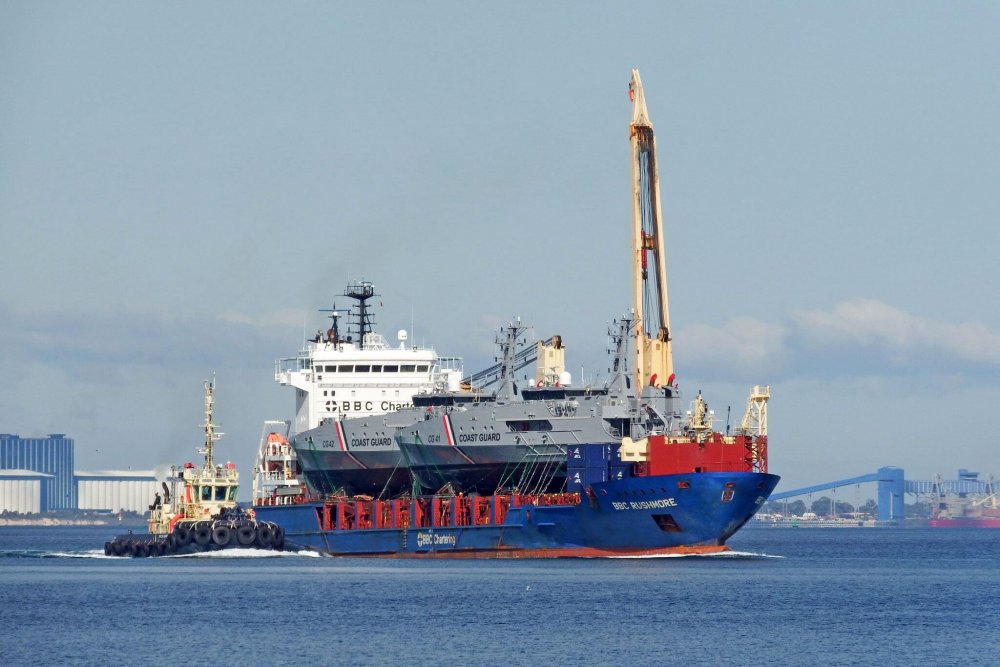 The TTS Port of Spain (CG41) and TTS Scarborough (CG42) were stowed in diagonal positions on deck and the forward crane had to be rigged upright for the duration of the voyage.

Austal was awarded a $126 million contract for the two patrol boats by the Government of the Republic of Trinidad and Tobago in August 2019, with financial support provided by the Australian Government’s Defence Export Facility, arranged by Export Finance Australia (EFA).