Skip to content
You are here
Home | Events | Breakbulk Europe 2022: Time for a “to-do” list for gender equality 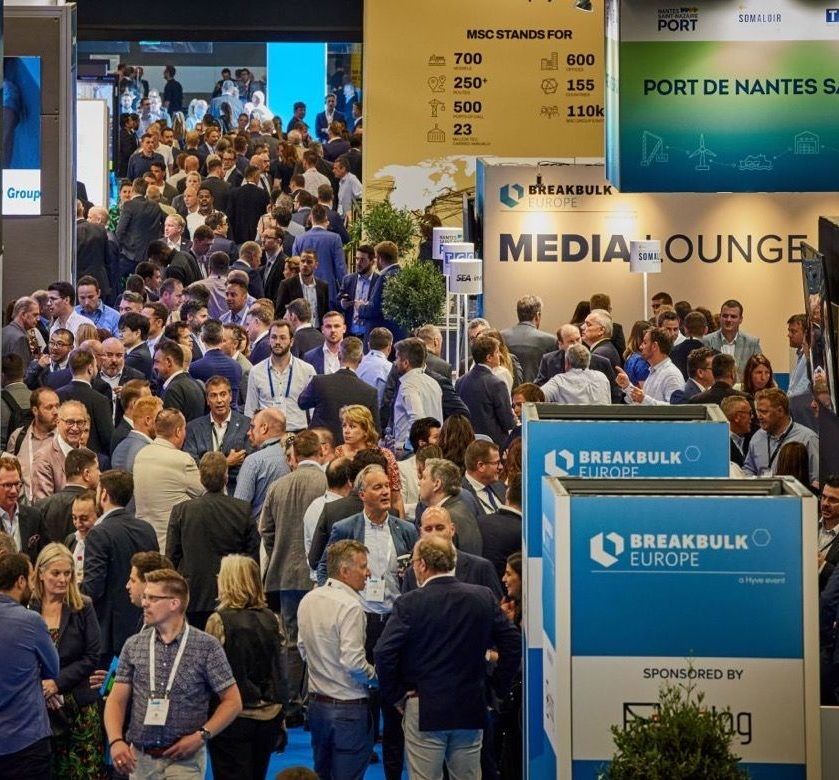 Have you heard the news? This year, the International Maritime Organization launched a Women in Maritime Day, to be celebrated annually on the 18th of May.

It’s not often we get to celebrate the launch of a new international day, especially one of such great significance in the maritime industry’s journey to a sustainable future. With women accounting for merely 29% of the global workforce, according to the women in maritime survey published by the International Maritime Organization in collaboration with Women’s International Shipping & Trading Association (WISTA)[1], this day marks an opportunity for women around the world to be acknowledged and “branded” in light of the value which they bring and can bring to the industry.

Celebrating this day at the Women in Breakbulk breakfast, which took place during Breakbulk Europe 2022 in Rotterdam, it was touching to stand before a room full of inspirational ladies with a call to action for each and every one of them, to steer away from the shadow, enter the arena and shine. If not for themselves, for the purpose of creating role models which other women and girls can look up to. While a day as such may not be able to determine the pace at which we bridge the gender equality gap, numerous discussions like this, which took place in light of this day globally, bring us a step closer to this target.

The breakbulk sector especially, is a clear example of the need to break the bias and make those few ladies who are in this heavy lift and heavily male dominated segment even more visible. Walking around the halls of Breakbulk Europe, women were evidently an outstanding minority, after all the breakbulk and project cargo is a segment which is not considered a well-suited environment for a woman. That is exactly where the problem lies, in those haunting perceptions and assumptions which we need to rid the industry off. If we want to see more gender balanced crowds, greater innovation, more profitable businesses and inflow of talent and skills, which are required to support this new age of digitalization, automation and sustainability; for one we need to showcase those few as role models of what can be achieved and secondly to cultivate the infrastructure that facilitates the process.

These three days of panel discussions held between the stages of the two halls at the Rotterdam Ahoy, set a clear direction. The sector, industry and world in whole are entering an era where Environmental Social and Governance (ESG) agendas are being pushed forward and will soon be leading the way in shaping the sector, if not already.  From the European Union and the International Maritime Organization tightening regulations on climate action strategies, public opinion of the new generation of end consumer and financing access being led by green agendas, it is evident that it is time to do rather than say.

We need an actionable to-do list for gender equality, one that embraces ESG in whole for the opportunity which it brings to create a better future. It’s an opportunity to rewrite company policies that reflect equality and equity, to ensure recruitment procedures facilitate the inclusiveness of females at all levels from top to bottom, re-assess criteria and start hiring for skill rather than experience in key roles, ensure the image that a company projects will attract female talent and train employees on gender sensitization;[2] after all you cannot embrace what you do not fully understand. In any process of change management, rather than assuming that people know what is expected of them and what not, we need to create a framework that supports successful implementation.

In the path towards gender equality the industry needs to start training people, hire for skill allowing more women to rise as leaders and subsequently role models, explain the value of ESG and raise awareness early on of the numerous career options available. As we start actioning the tasks of this list one by one as a global initiative, we will finally be able to see the Breakbulk and maritime sector transformed into a much better fit for the future.