A California startup promising to build an electric long-distance cargo drone announced yesterday that it has raised 140 percent of its initial angel funding goal. Sabrewing Aircraft Company CEO Ed De Reyes said the company had raised just shy of US$1 million from The Drone Fund, Integro LTD and two other investors.

The funds will be used to construct a large-scale, long-endurance, high-cargo-capacity unmanned aerial vehicle (UAV) that its manufacturer says will be able to compete with small cargo aircraft such as the Cessna 208, in terms of cost, range, and payload.

While cargo drones are on the cusp of going mainstream, with big players like Boeing getting into the game, the model presented by Sabrewing Aircraft Co. could be the first electric cargo drone with the sort of range normally reserved for large fixed-wing aircraft. The UAV, dubbed “The Draco-2” will eventually carry up to two tons, for a maximum distance of 5,000 miles – for up to 50 hours – at altitudes reaching 22,000 feet. “Work on a heavy-lift, long-distance UAV has been progressing over several years, we have designed and built several UAVs since 2002,” said De Reyes. “Our team has been working together on a UAV specifically to fill the need for a UAV that can carry cargo in the range from 2,000 to 4,000 pounds.”

Specs like that already set it apart from its hydrocarbon-fueled competition in that range and capacity, but it’s the drone’s electric propulsion system could address both cost and environmental concerns that have plagued the airfreight industry for decades.

Sabrewing’s full-scale UAV will be about the size of the Cessna 208 Caravan, a cargo-carrying staple on feeder routes for FedEx and regional cargo carriers, with similar acquisition costs and operational speed. Sabrewing’s UAV is primarily meant to serve both military and civilian cargo operations, and is “priced well below the Caravan’s operating and maintenance costs, while still providing greater range and payload.

“We’re building a drone that can fill the role of a mid-altitude, long-endurance cargo UAV,”
De Reyes continued. “Our team has previously built a large-scale, manned air vehicle about the size of our demonstrator; now we’re taking the data and experience that we’ve gathered and building a UAV that can incorporate autonomy, economy, endurance and reliability.” 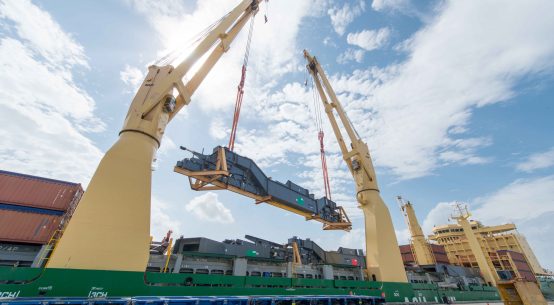 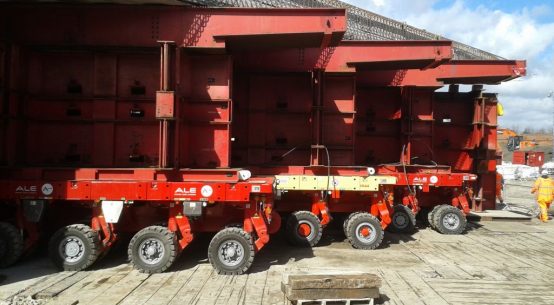