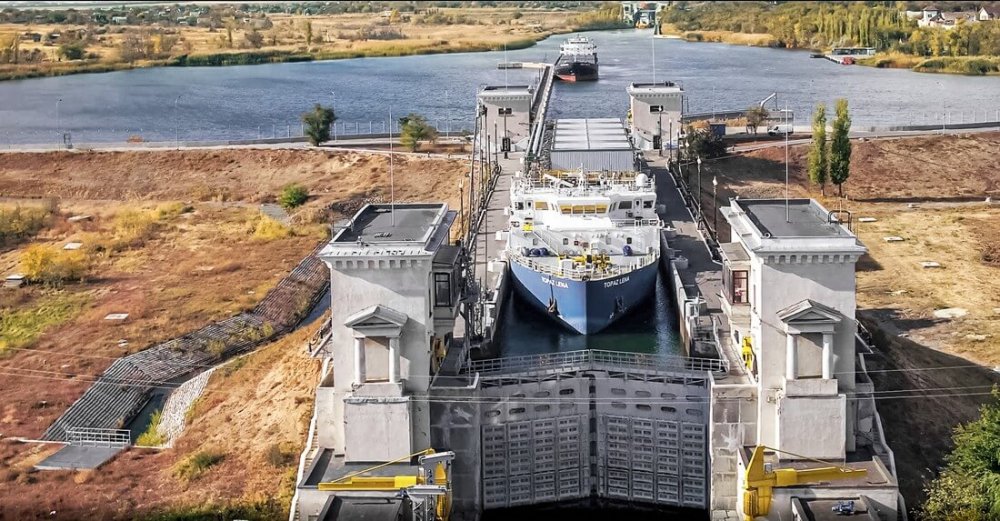 The first module was delivered in April 2018 – and two years and six months later, the last of 285 modules reached Prorva. All modules – the heaviest weighing 1,800 MT – were delivered safely and on time.

They designed, built, and commissioned 17 new MCVs, constructed four barges, upgraded another seven barges and project upgraded around 30 tugs to tow and push the barges loaded with modules from Bulgaria and Finland to Kazakhstan.

“This being the biggest contract ever awarded to Blue Water and the biggest EPC contract awarded globally in 2016 made everybody involved in the project very focused on the tasks ahead. But the full extent of the project was still hard to understand as we were still negotiating further contracts with TCO that would increase the total scope of work significantly,” says Thomas Bek.

The delivery of the final module at the purpose-built cargo transportation site in Prorva, Kazakhstan marked the last transportation milestone for Blue Water and its four consortium partners under the Tengizchevroil (TCO) Future Growth Project-Wellhead Pressure Management Project (FGP-WPMP) contracts.