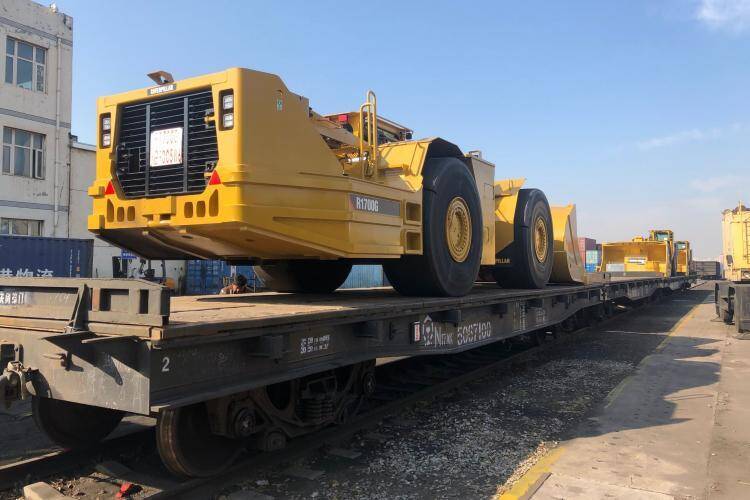 In the latest update from Ahlers, they say the mining industry is booming, especially in the Russia and CIS regions.

Russia and the CIS countries are very rich in minerals and other resources. The focus on carbon footprints has had a positive effect on the mining industry in these regions. For example, the increased interest in electric vehicles and other electrically powered machines vs fuel-powered machines has increased the demand for batteries results in an increasing demand for resources available in these regions. The increased mining activity means increased flows of machinery, spare parts and supplies to these mining operations.

Mining requires large and heavy machinery. Huge trucks, excavators, bulldozers need to be transported to the mines. Because of their size, they often don’t fit in standard containers or on standard flatbed trucks. Special machinery often requires special equipment to transport. Partly disassembling equipment and making sure as much as possible can be transported with standard equipment can often saves a lot of costs. Outsized and special cargo can be transported via road, rail, barge, or seaborn vessels. Each mode has its advantages and its challenges.

Relatively cheap, especially across long distances. The carbon footprint of rail freight is also lower than road or sea freight. There are also challenges. Different countries can have different gauges, which means reloading of railway platforms at the border. There are also limits when it comes to the infrastructure. Trains go across bridges and through tunnels. These limit the cargo size that can be transported, but there are ways to overcome these challenges. For several customers, Ahlers partly disassembles and reassembles equipment to make sure it fits within the feasible dimensions to transport by rail.

More expensive but also more flexible than rail when it comes to the limits of what can be transported. Still, fitting equipment on trailers may also require (partial) disassembly. This can be to pass obstacles along the route, but sometimes machinery is partly disassembled to minimize the risk of damage during transport. There is no issue with gauges, but different countries have different rules and regulations regarding road transportation. For example, trucks with mining equipment stop at the border between China and Russia/Kazakhstan. The equipment is unloaded from Chinese trucks and then driven across the border and loaded on Russian/Kazakh trucks. Ahlers came up with an outside-the-box solution for moving vehicles with tracks across the borders for a large equipment manufacturer. Rubber/silicone covers are put around the tracks, so they don’t damage the road when driven off the Chinese truck, across the border, and onto the Russian/Kazakh truck

Can be costly, inland transportation by barge less than by sea. While road freight is more flexible, transport by barge is reliable and has a lower carbon footprint. When moving freight from China to Russia, sea freight is not the first thing that comes to mind, but as mentioned earlier, sometimes outside the box solutions are called for. Recent problems and restrictions at the border between Russia, Kazakhstan, and China were causing massive delays. Ahlers transportation specialists analyzed the situation and came up with a new solution. For certain lots, mining equipment was loaded on boats and sent on a longer route to Vladivostok over water. As there were no issues at the Vladivostok port, the machinery was offloaded without delay and transported further to final destinations in Russia