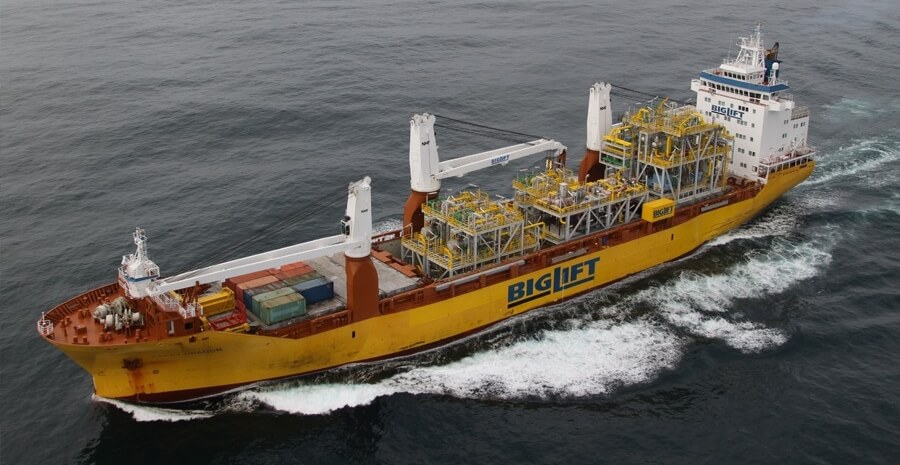 Specialist heavy-lift companies RollDock and SAL Heavy Lift have decided to form a pool, but BigLift has ended a venture with the former.

February 2018 saw RollDock and SAL Heavy Lift, two leading players in the heavy-lift market, join forces for roll-on/roll-off and float-in/float-out heavy-lift cargoes. Both are well known for their work in the offshore oil and gas and related sectors.

The pool will consist of a combined fleet of six vessels and will be managed by RollDock with SAL providing specialised heavy break bulk cargo support. Five of the vessels comes from the existing RollDock fleet (S-class and ST-class vessels) and one from SAL (Combi Dock I).

SAL’s managing director Martin Harren said of the arrangement “We quickly saw the advantages of working together. Through a consolidation, we will see a better utilisation of the vessels.” SAL Heavy Lift was acquired by Harren & Partner in 2017.

At about the same time, another well known heavy-lift ship specialist, BigLift, announced that it was targeting the growing market for jacket-type foundations and extra-large monopiles for offshore windfarms, using two MC-class ships that had been assigned to a co-operation agreement with RollDock.

Newly painted in BigLift colours after the agreement to market the vessels with RollDock ended late last year, BigLift said the vessels – BigLift Baffin and BigLift Barentsz – are well suited to the offshore renewables markets.

By adding two wide-deck carriers to the BigLift fleet, the company has enhanced its heavy transport capabilities significantly in terms of greater module sizes, load-carrying ability and project optimisation and efficiency.

With Finnish Swedish 1A ice class and a high level of redundancy, the vessels have a strong, flush deck of 125 m x 42 m and are able to handle large module shipments, cranes and other cargo.

The vessels have already had a number of challenging projects that demonstrated their low fuel consumption, excellent service speed and reduced motions.

BigLift said it is focusing on opportunities in the renewables sector and in the liquefied natural gas (LNG) market. It said this could include transport of jackets and new-generation monopiles for offshore wind and large modules for LNG projects.

BigLift Shipping decided to put an end to the BigRoll Shipping joint venture with effect from 1 January 2018.

As briefly highlighted by OSJ, another well known owner/operator of heavy-lift vessels, Jumbo, signed a letter of intent with China Merchants Industry Holdings late last year for the detailed
engineering and construction of a dynamic positioning class 2 heavy-lift crane vessel.

Due to be delivered in Q1 2020, the design was developed by Jumbo working closely with Ulstein Design and Solutions BV. The vessel will make use of Ulstein’s X-BOW hullform – which will be a first for a heavy-lifter – and will be fitted with two offshore mast cranes with a lifting capacity of 2,200 tonnes and 400 tonnes, respectively. The cranes will be designed and built by Huisman Equipment.

The vessel will also have a moonpool and will be prepared to undertake flexlay projects if required.

Jumbo anticipates that the vessel will find work in the offshore wind energy market, installing turbine foundations and will also be able to install/decommission infrastructure in the offshore oil and gas industry and install moorings systems and floating structures in deeper water.

It also anticipates that the vessel will install subsea structures, foundations and flexlay tie-backs.

Jumbo’s managing director Michael Kahn said that, despite the currently depressed nature of the offshore oil and gas industry, the company is committed to it in the long term. “Signing this letter of intent is a milestone for Jumbo’s offshore division and will enable us to step up, scale up and diversify,” he said. 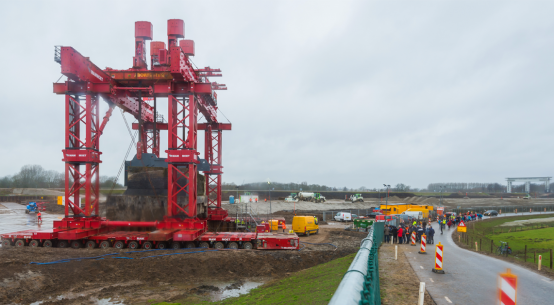 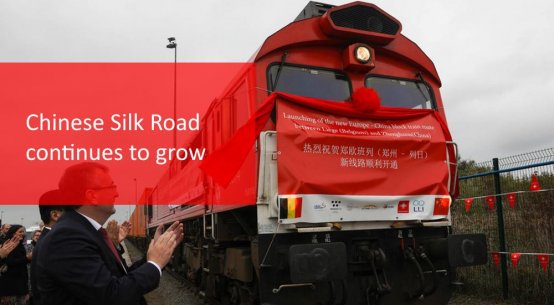